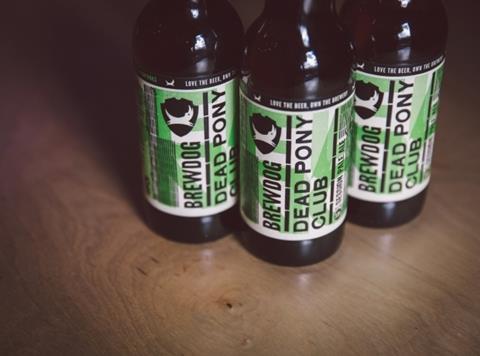 BrewDog has continued its push for chilled beer storage in supermarkets by trialling a branded fixture with Tesco.

It appeared in Tesco’s Danestone, Aberdeen, store in July, close to BrewDog’s Ellon brewery. It featured PoS material adorned with the slogan ‘Discover Craft Beer’ and signposting the brand’s different lines. It marked “a local initiative to support in-store sampling for the BrewDog range” according to the brewer.

BrewDog has spent the year ramping up chilled storage and distribution across its business. A spokesman previously told The Grocer the brewer was “working with retailers to get them to store beer in chilled or refrigerated fixtures as opposed to ambient shelving”.

It launched a new chilled distribution network in May designed to ensure all its beer sold in the UK was stored below 8C prior to shipping.

A spokeswoman for Tesco said the BrewDog chiller was a “temporary display” and had since been taken down. She stressed there were no plans to roll branded fixtures out across its stores.