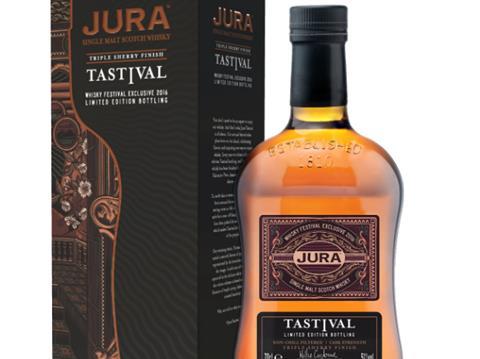 Jura has released a limited-edition expression to mark its 10th annual Tastival whisky festival, which was held this week.

The packaging is based on work by German artist Florian Schommer and incorporates his personal tasting notes, including apple represented by branches, notes of vanilla captured in delicate white flowers, and a colour scheme based on a blend of maple syrup and roasted hazelnut.

His work was picked by Jura’s social media followers from a choice of designs by Schommer, French illustrator Yo Az, UK-based Claire Scully, and Karin Ohlsson from Sweden.

The expression – which has a “sweet and intense” triple-sherry finish – is the final Tastival bottling to be overseen by Jura distillery manager Willie Cochrane, who announced his retirement earlier this month. He will be replaced by Graham Logan, who has worked with Cochrane for more than 20 years.

“We always aim to push boundaries with our Tastival bottlings,” said Logan. “The triple-sherry finish on this new expression is a perfect example of the creativity and craftsmanship I want to continue to encourage in my role as distillery manager.”