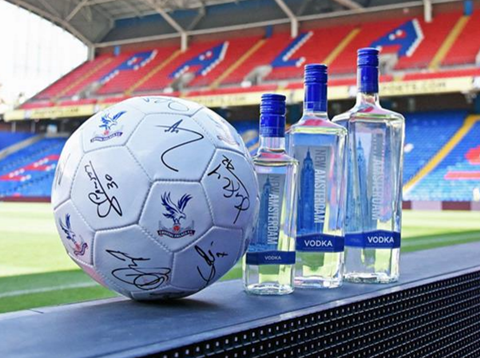 The sponsorship will include the premium spirit brand featuring in 20 televised home games, putting it in front of an estimated 126 million viewers, with exposure through perimeter board advertising alongside dedicated promotions and social media activations integrated into New Amsterdam’s ongoing It’s Your Town campaign.

The deal with the Premier League football club came at a “perfect time” for New Amsterdam, with the US imported tipple “well on its way” to becoming the premium vodka choice of the millennial generation, said marketing director EMEA Olga Senkina.

“The partnership will give us the chance to speak directly to this consumer on a national level.”

E&J Gallo, which first imported New Amsterdam from the US in 2013, introduced a smaller 35cl bottle format (rsp: £8.99) at the end of June to grow its share of the impulse and convenience channels.