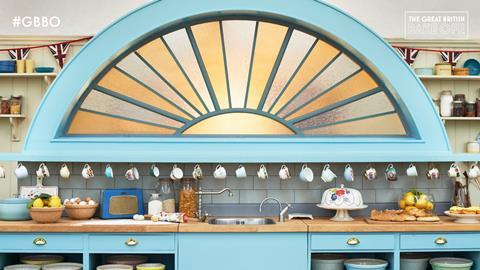 Aldi has taken over from Amazon as the exclusive broadcast sponsor of The Great British Bake Off.

The discounter hopes to underpin its quality credentials as sponsor of the 11th series of the show, and its fourth since moving from BBC One to Channel 4 in 2017.

Last year’s series drew nine million viewers per episode and 35.6% share of audience, peaking at 9.8 million and a 37.6% share for the final episode.

Previous sponsors have included Dr Oetker and Tate & Lyle, which split the rights in 2017, before Amazon took over exclusively in 2018.

“The Great British Bake Off is the perfect partner for Aldi,” said Aldi UK marketing director Sean McGinty. “The ‘feelgood’ show appeals to all ages, and underpins Aldi’s quality positioning and light-hearted tone. We’re looking forward to celebrating creativity and innovation in the kitchen with some of the best amateur bakers in the UK.”

Comedian Matt Lucas is set to join the show for its 11th series, taking over from Sandi Toksvig to co-host alongside Noel Fielding and judges Prue Leith and Paul Hollywood.

The deal also includes sponsorship of Bake Off: An Extra Slice, the festive specials and Junior Bake Off, hosted by Harry Hill.

Channel 4 head of digital & partnership innovation Jonathan Lewis said: “We’re really looking forward to celebrating the return of Bake Off’s much-needed warmth and fun this year with Aldi. This significant new partnership provides the perfect opportunity for Aldi to continue its mission to champion British quality with a show that showcases the very best of British baking.”