Aldi tops up low & no beers, ciders and spirits lineup for Dry January 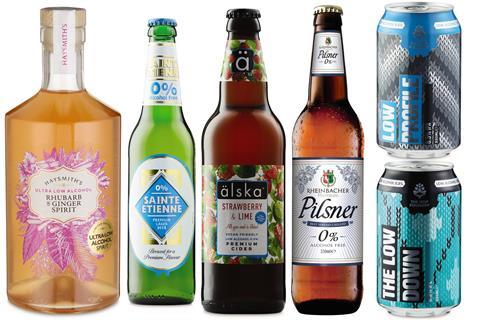 Aldi has bolstered its low & non-alcoholic drinks range with a slew of NPD for Dry January.

It has launched six new drinks, spanning beers, ciders and spirits, all of which hit stores this week.

Aldi has also rolled out an “alcohol-free gin”, called Haysmith’s Non-Alcoholic Rhubarb & Ginger, which combines rhubarb with the “delicate warmth and spicy finish” of ginger.

Aldi said its new drinks provide “something for everyone”, and its low & no craft beers could “rival that of top artisan breweries”.

Almost half of the nations drinkers were considering Dry Janaury this year, it said, citing its November 2020 research Aldi De-bunking Booze Myths.