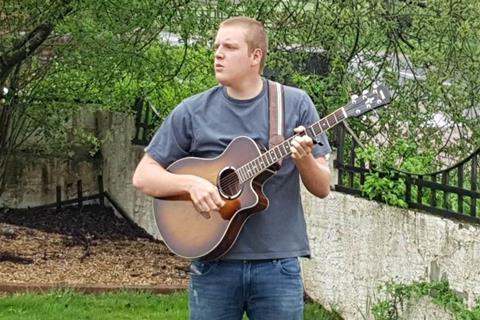 Garden session: Harry performs ‘Our Song for the NHS’

There have been many tributes to NHS workers in the past few weeks, most notably the Thursday night claps (as part of which, of course, we applaud our valiant food workers).

Now Harry Arkley, who turns 17 this week, has put together a musical thank you. He wrote a track, ‘Our Song for the NHS’, which he recorded on his phone.

Impressed – the song was Harry’s first, having only started learning the guitar last year – mum Louise decided to send the track to Co-op CEO Steve Murrells. As a result, it’s going to be on rotation in up to 2,600 Co-op shops as part of its in-store radio playlist.

Harry said he “was stunned and surprised to hear that my song will be played at the Co-op”.

“I felt moved to write a song that reflected the massive support for the NHS and other key workers,” he said.

Impressive stuff. Think how far his second song might go!