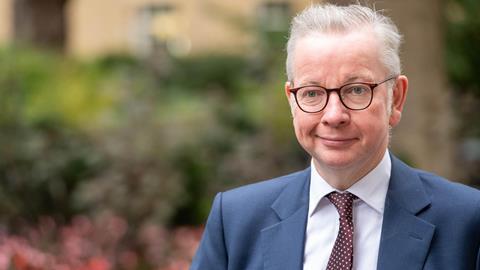 With no-deal now increasingly likely, food and drink exporters warn the viability of the entire industry is at stake

The most astonishing week in all four years of this undulating Brexit saga? It was certainly a contender. With just four months to go, the government’s publication of its internal markets bill on Wednesday has undermined the Brexit withdrawal agreement and threatened to torch UK-EU negotiations for at least the foreseeable future.

The political bluster of Westminster has unsurprisingly captured much of the attention this week, but away from it all, businesses have stepped up their efforts to sound the alarm that despite four years of preparation, the government has still failed to rectify key issues that threaten to undermine the entire food industry.

“This is not good enough,” said the British Meat Processors Association on Monday, as it laid out four key issues in desperate need of resolution if the UK is to have any hope of maintaining its levels of exports with the EU from next year.

On Tuesday, 30 food organisations representing the organic sector followed suit with a letter to Michael Gove and chief UK negotiator David Frost, warning of detrimental impacts to exports if a mutual agreement is not reached by the end of the year.

The clock is ticking with a plethora of issues plaguing the minds of exporters. Here are five of the key ones.

From 1 January, all exports of animal origin (meat, fish, dairy) will require an export health certificate to enter the EU. For years, this has only been required for exports to ‘third countries’ beyond Europe, and that is all the infrastructure is designed to support.

A Defra office in Carlisle is the sole issuer of health certificates, says Peter Hardwick, trade policy advisor at the BMPA, and the service is in great need of better automation to cope with the 500% increase in certificate numbers, as predicted by Defra last year.

A Defra spokesman insists the government is building “a new online application service” and supporting the training of additional officers to complete the paperwork, but Hardwick’s doubts remain. “We’ve been told the system will be up and running at full capacity by the end of the year, but we don’t believe the system has been fully stress tested,” he says.

If documents can’t be issued promptly, it “could mean the system potentially breaking down and goods not leaving. On products which have a limited shelf life they could lose a lot of value. In fact they may lose all their value.”

Every animal and plant product consignment from next year will not only need an export health certificate, but an authorised vet to sign it off. There are serious concerns, however, that there are insufficient numbers of vets to cover the significant increase in workload.

“There is a lot of uncertainty around veterinary capacity in relation to export health certifications,” explains Simon Doherty, senior VP at the British Veterinary Association.

The sector is also still unclear about how many vets will actually be needed.

There is already a 10%-15% shortage of vets in the UK and persuading more to train in order to complete export documentation may not be easy given the existing resource struggles, Doherty says, adding: “We didn’t go to university for five years just so we could fill out export health certificates.”

When the UK leaves the EU’s trade rules at the end of the year, current labelling on food will cease to be recognised within the bloc. Labelling change is therefore inevitable, but exactly what the new marks will look like remains unclear.

Any goods brandishing the UK’s old labelling on 1 January will be rejected at the EU border, says Hardwick.

Yet with the FSA only issuing guidance in draft form so far, businesses are still in the dark about how to prepare.

Sales to Europe are expected to be hit at any moment. “We risk losing orders from September because of the three to four-month lead times involved,” says Hardwick, who is calling on the government to allow businesses to start producing packaging with the new labelling marks immediately so they are set up for the change in January.

The majority of food going to the EU today currently takes advantage of ‘groupage’ – small, regular consignments grouped together in a single truck for transport to the continent.

The strategy is cost effective, reduces waste, and allows UK businesses to compete with European competitors on price. But as things stand, it will become impossible on 1 January.

That is because the UK government’s existing guidance only allows pre-packaged retail products to utilise groupage to third countries (as the EU will soon be). Fresh foods like meat and fish must be shipped using their own containers.

Even if the government adjusted this guidance, export health certificates loom again, says Hardwick. Given separate certificates will be needed for each consignment in a truck, a delay to one could delay the entire load.

The UK exports about £225m of organic food and drink to the EU each year, but that will end overnight if the UK and the EU do not reach a mutual recognition agreement by the end of the year.

In their letter to Michael Gove and David Frost, 30 organisations representing the UK industry warned the EU market is vital for full carcase and milk utilisation, without which price rises could soon be felt in the UK. If access is lost to the EU whey market, for example, “we foresee big price increases for cheese”.

Roger Kerr, chairman of the UK Organic Certifiers Group, said he is “urging the UK government to recognise what is at jeopardy here as we enter a new regime with the EU”.

It is a message many across the industry will echo.