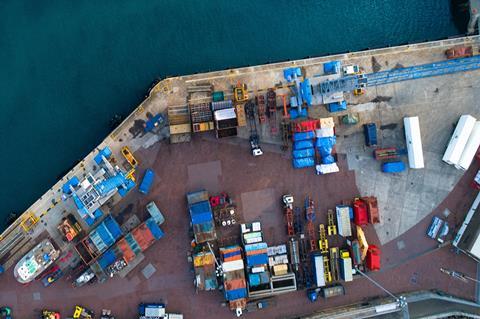 Business leaders are calling for clarity on issues related to import and export, logistics and documentation

Food leaders have accused the government of leaving businesses in the dark over vital information needed to prepare for a no-deal Brexit.

With the prospect of the UK leaving Europe on 31 October without a deal growing, they said key questions concerning customs arrangements, documentation needed by businesses and the impact of tariffs remained unanswered.

The FDF is warning ministers are ignoring calls for clarity from businesses most likely to be affected.

Having sent a list of 50 key questions covering areas such as arrangements for import and exports, logistics and documentation, it said 11 had been completely unanswered, while a further five had only been partially addressed.

The questions range from asking whether the Customs Declaration Service would be ready to handle all customs declarations by a 31 October deadline, to plans to ensure the speed of the flow of trade continues for both imports and exports.

The trade body is now calling for a meeting with Michael Gove and new Defra secretary Theresa Villiers, calling for them to urgently fill in the blanks.

“With the prospect of a no-deal seemingly ever more likely, it’s vital that the government helps provide guidance for those whose businesses stand to be affected,” said FDF CEO Ian Wright.

“Instead we have not had answers to a series of vital questions that businesses need to prepare for a hard Brexit. The time has come for Michael Gove and Theresa Villiers to provide the answers.”

“The level of uncertainty has been ramped up. Our members are worried about the future of their businesses and we are seeking clarity.”

Wright added that the prime minister’s latest move to suspend parliament had only served to increase business fears.

“The move to prorogue parliament is clearly a very concerning development,” he said.

“The danger is this simply causes more uncertainty and impact on the markets, impacting on businesses which are already unpredictable.

“The risk is that causes a more hostile operating environment to businesses which are already facing threats to their future.”

Unanswered questions: 11 issues government has yet to explain