FSS fears devolved powers may be watered down after Brexit 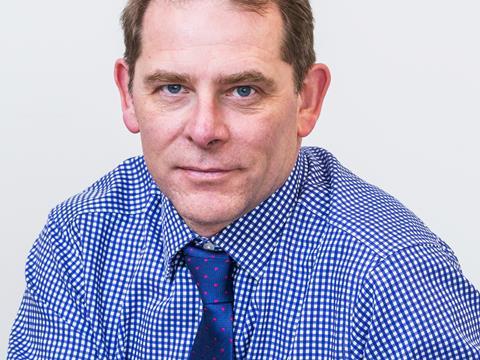 Food Standards Scotland bosses have voiced fears UK ministers are planning to scrap their independent powers in a post-Brexit shakeup.

In an exclusive interview with The Grocer, FSS chief executive Geoff Ogle and chairman Ross Finnie said they were demanding assurances that powers such as its control over front-of-pack labelling and independent advice on diets would not be blunted.

As a non-ministerial department of the Scottish government, the FSS has often pursued much more aggressive and radical policies than bodies such as the FSA and PHE, which are more restricted. It has been instrumental in calling on the Scottish government to introduce new taxes across a raft of food groups, on top of the soft drinks levy, with ministers widely expected to act on the recommendations in a new obesity strategy later this month.

But FSS said the Brexit negotiations suggested Westminster was planning a centralised regulatory framework that could see devolved powers watered down or taken away.

“As a devolved body with devolved responsibilities we find the current devolved policies regarding withdrawal quite difficult to follow and we have expressed concerns to the Scottish government in that regard,” said Finnie.

“There are policy differences between us and the UK government,” stressed Finnie. “For example, PHE welcomed the childhood obesity strategy. We didn’t think it went far enough because we believe that whilst childhood obesity is an absolute key issue you cannot tackle it in isolation. “We are the only body in Scotland that has a statutory remit in seeking to improve the quality of your diet. We are anxious the clarity that gave doesn’t become blurred by Brexit,” said Finnie.

While the FSS has agreed to work collectively with the FSA on issues such as campylobacter strategy and on sugar reduction targets with PHE, Ogle said it did not want to lose its powers to pursue independent policies, such as on fat taxes, which it believed were crucial for Scotland.

“The system we’ve got is south east dominated. The main ports are at Dover, Southampton, Felixstowe, Heathrow, Stansted and Manston. The logistics and distribution networks are all around those ports.

“The issue for us is even if you say ‘right let’s put some ports into Scotland’, the distribution network just isn’t there to support it. You haven’t got the logistics behind it.”

Asked if Brexit would quickly lead to empty shelves in Scotland, Ogle said retailers were voicing those fears.

“Yes, that’s what retailers are telling me. The system works on a just-in-time basis. The example you use is jersey potatoes, picked on a Sunday, shipped on Monday evening, distributed on a Tuesday, on sale in the shops on a Wednesday, it is that quick,” he pointed out.

“If you do not have an effective customs system and you have problems particularly with perishable food and it is stuck in the system then it’s inevitable, if there are use-by dates, that limits its distribution.

“If that means people starting to take more risks with food then that has a knock-on impact on public health.”