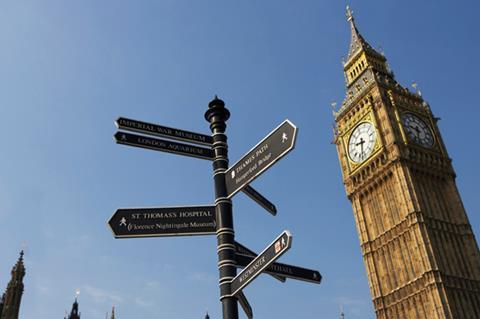 Boris Johnson left the door open to accepting US agricultural standards on Monday as he dismissed fears over American food as “mumbo jumbo”.

The prime minister and the European Commission presented their opening negotiating positions on the same morning, laying bare the gulfs that would need to be bridged to reach a trade agreement the end of the year.

Both sides look set to take a hard-line on food standards with Michel Barnier, the EU’s chief Brexit negotiator, warning Brussels would not grant a comprehensive trade deal if there is divergence from EU standards.

But speaking in London, Johnson insisted: “We will not engage in some cut-throat race to the bottom. We are not leaving the EU to undermine European standards.”

However, the prime minister continued to tout the benefits of a US trade deal, calling on “naïve and juvenile anti-Americans” to “grow up and get a grip.”

“We will not accept any diminution in food hygiene or animal welfare standards,” he told the audience, before hinting at a willingness to diverge from the EU’s approach and towards the US determination of standards.

With Defra in constant flux, can Johnson be trusted to protect food & drink?

“I must say to the America-bashers in this country that in doing free trade we will be governed by science and not by mumbo jumbo because the potential is enormous.”

Brussels appears to be preparing for such an outcome. Its draft mandate for negotiations contains no insistence that the UK maintains the “the precautionary principle” used to justify banning chlorinated chicken and hormone-treated beef, though this will continue to be upheld in the EU.

Fishing looks set to be an initial showdown after the EU again demanded continued access to UK waters. The issue appears to be a red line for Brussels, with Barnier warning it was “inextricably” linked to trade talks.

Johnson said he was willing to negotiate on the issue, but any agreement would require an annual renewal that ensures “British fishing grounds are first and foremost for British boats.”

Ian Wright, CEO of the FDF, responded to the prime minister’s speech, arguing it was critical that the costs and benefits of any changes to our trading relationship with the EU were carefully assessed.

“We urge UK and EU negotiators to take a commonsense approach to recognising equivalent food standards so we do not inadvertently raise barriers to trade,” he said. “We are working closely with the UK government to identify new trading opportunities and to keep tariffs, quotas, product checks and inspections at the border to the barest minimum.”