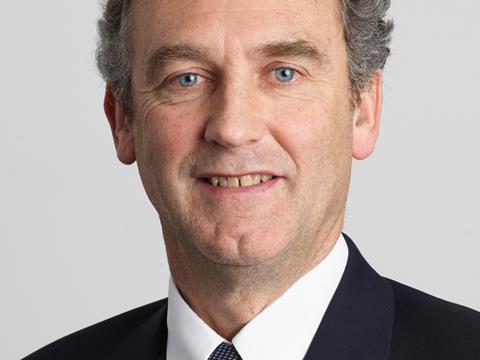 Retailers must stop feeling sorry for themselves over Brexit and accept the public want change, the new chairman of the BRC has argued.

DFS and Whitbread chairman Richard Baker, who will succeed John Lewis chairman Charlie Mayfield at the BRC’s helm next month, said it was time for “self-help, not self-pity”.

The former Asda COO appeared to rail against previous warnings from the BRC and organisations like the FDF that the industry is facing a long period of economic and regulatory upheaval.

“I’m not convinced that the view of a bunch of business leaders cuts a lot of ice with the public,” said Baker. “Before the referendum, there was an argument that the more that establishment figures came out urging people to vote against Brexit, the more people wanted it to happen. The public clearly voted for change.”

Baker, who has previously argued that the vote was a good way for the UK to “rattle the cage” of the EU and its onerous red tape requirements, said it was now a time for “leaders to be calmer”.

“There’s a danger with some of the things people have been saying that we’re going to talk ourselves out of investment.”

In his role as chairman, Baker pledged to tackle key issues including the economic divide between London and “almost everywhere else” in the country and also parking charges, which he said were causing huge harm to high streets.

News of his appointment came as the BRC revealed retail footfall in the UK had suffered its sharpest decline since February 2014.

But Baker said he was confident supermarkets could handle the uncertainty. “Supermarket retailing has always been one of the most competitive sectors.” “When I was trading director at Asda 15 years ago, I certainly can’t remember any week being easy.”