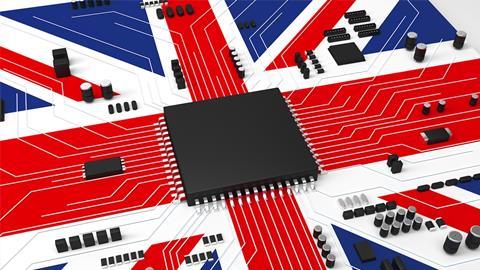 The tech that can keep Brexit Britain connected

As red tape and delays threaten the efficiency of cross-border trade, how is technology keeping Britain moving?

Seven weeks into the UK’s post-Brexit epoch, and there’s a sense things could have gone worse. Britain has avoided the worst fears, such as supermarket shortages and lorry queues across Kent.

Still, the transition has been far from smooth. Businesses continue to report crippling difficulties as they struggle to adapt to the new regime. While some of these can justifiably be deemed ‘teething problems’, many will be here for the long term.

So what technology could help the food and drink industry minimise the disruption of the new border and ensure Britain remains connected?

It didn’t take long for the new red tape and customs paperwork to cause some major headaches in logistics circles. Less than two weeks into January, major firms including DPD, DB Schenker and DHL Express all suspended services to the continent because of the friction involved.

DB Schenker, for one, mobilised more staff in response. It was an understandable reaction. Ralph Robinson, head of retail and consumer markets at consultancy BJSS, says many operations are “throwing more people at it”. But he stresses these problems aren’t going away and will require greater innovation in the long term.

“[Customs] is ripe for modern technologies like intelligent automation and robotic process automation because it’s really just moving records between one piece of software and another,” he says.

Automating the process could solve the issue of incorrectly filled forms, for example. Issues such as misaligned commodity codes are commonly cropping up at the border. DPD says as many as 20% of parcels had incorrect information attached. While errors are somewhat inevitable given the lack of existing practical guidance following the trade deal, Robinson believes automation could minimise these issues.

The standardised nature of border processes means businesses should “automate every process you possibly can at the border”, he adds, whether that’s filling out customs forms, sending notifications, or providing paperwork to drivers. “Everything needs to be automated so you can remove as much human interaction as possible,” he says.

Supply chain automation is something the industry has been putting off for some time, Robinson says. “The grocery industry is starting to explore [automation], but it’s still a word that’s banded around and not actually used,” he adds. Brexit could be the impetus to make it happen.

Before Brexit, supermarkets could assume a delivery lorry would arrive roughly on time. That’s why so many gave hauliers tight delivery windows of as little as 20 minutes at their distribution centres – and a missed timeslot could result in a hefty delay of 24 hours.

Now, such a system is no longer necessarily viable, as delays and friction have largely become the new normal. GPS is being mooted as a solution to this conundrum. Use of these systems would enable companies to track the likely arrival times of each lorry, and take any border delays into account.

“We’re having more serious conversations with four big UK retailers now because they’re recognising this technology is accessible and actually addresses their problems in a way they never have before,” says Jack Fleming, founder and CEO of Chill-Chain, a cold chain logistics platform that allows users to track their deliveries across its network of hauliers.

Robinson of BJSS also envisages these systems becoming more important. “Retailers need to improve their forecasting, so they have complete visibility of what’s happening,” he says. “That way they’re able to know where the delay is, they’re able to track it and predict it, and therefore there’s no knock-on effect.”

Initially, there were high hopes for blockchain and its ability to smooth post-Brexit trade. At the Conservative Party conference in 2018, then-Chancellor Philip Hammond said blockchain was “the most obvious technology” for solving the Irish border problem.

Though best-known as the underlying technology behind cryptocurrencies like Bitcoin, blockchain can also have huge benefits for supply chains.

Serving as a shared, immutable and auditable record of information – compiled by all the different stakeholders involved in the product – it’s already been trialled in the food industry to prompt payment of goods, prove provenance and attach certificates to cargo.

“Used in customs handling, exporters could upload all the documents onto a customs office blockchain and instantly prove their abidance with all the import rules,” says Nick Botton, author of a policy paper on blockchain and Brexit for thinktank the European Centre for International Political Economy.

According to Botton, the closest to a working “off the shelf” solution is a trial by the Australian Border Force, Singapore Customs and the Singapore Infocomm Media Development Authority. In November, they started using blockchain tech to “make cross-border trade simpler and paperless”. But it is only a trial.

“Even partial usage is years away,” Botton says. “There’s a good chance the UK will realise its mistake and rejoin the EU before blockchain sees any significant implementation within customs borders.”

Indeed, there are several, significant hurdles to overcome before blockchain could be applied to Britain’s borders. The technology requires regulatory oversight and compliance from all players in the supply chain. Not all parties will be comfortable with that level of transparency. It also requires expertise, which is currently scant and expensive.

Furthermore, “there’s still not that much evidence out there that the return on investment of implementing blockchain solutions is necessarily higher than standard digitisation”, Botton says.

“I think there’s little chance of that happening any time soon. For one, the UK has just undergone a customs IT update which took six years – it’s likely a further update would take just as long,” he explains.

So although there is a case for blockchain at the border, it’s unlikely to ease any immediate issues. And for now, immediacy is what matters.