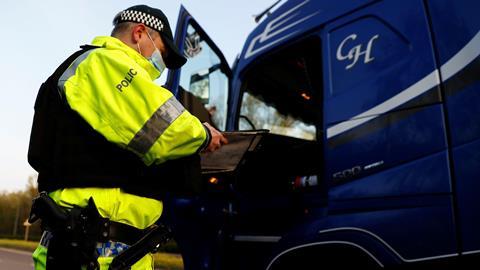 What could a fully loaded trusted trader scheme look like for Northern Ireland?

Don’t be convinced by the supposed ‘sausage wars’. Politics aside, a ban on the British banger in NI is small fry compared to what’s coming down the line. The real threat lies in October, when full checks are to begin on goods crossing the Irish Sea.

As it stands, nothing is in place to alleviate this burden. Brexit minister Lord Frost met with his EU counterpart Maros Sefcovic last week to discuss possible solutions but nothing was agreed. Food groups such as the British Retail Consortium and the Federation of Wholesale Distributors are pressing for a ‘trusted trader scheme’ to allow authorised businesses to trade freely between NI and GB without the need for burdensome checks.

The FDF has even shared detailed proposals with the government on how such a scheme would work.

So what would such a scheme look like? And is it likely to actually happen?

Any trusted trader scheme must be based on three key principles, according to the FDF proposals seen by The Grocer. The first is a transparent accreditation process, in recognition that a “robust surveillance and data sharing mechanism” will be essential if the EU is ever to agree to the scheme.

For food businesses, this would mean their supply chain is signed off by an official veterinarian (OV) in line with EU standards. Certification could be renewed on a monthly or quarterly basis. The application process, as well as ongoing compliance, would be overseen by relevant departments in the UK and EU, says the FDF.

The second principle is simplified border checks for accredited traders. While export health certificates would still be used for GB-NI trade, the FDF argues businesses should be able to self-certify rather than requiring an OV to sign off each shipment. Self-certification already occurs for ‘private attestations’ on composite products, and has done since April, offering a model that could simplify trade while still providing full traceability of goods, the trade body claims.

The final principle is an ability to extend the scheme to other UK-EU trade. The FDF notes such a scheme will come with financial burdens which, given the limited size of the NI market, means the commercial benefits “will inevitably be limited”. If the scheme is extended to trade with other EU countries, however, “the benefits to many businesses would be compelling”.

The proposals insist any scheme must apply to “businesses of all sizes, including suppliers, wholesalers, retailers and the hospitality sector”, a principal backed by James Bielby, CEO of the FWD, who insists that any long-term solution can “not just [be] an extension of the current exemption from NI protocol rules which only help supermarkets”.

The FDF declined to comment further on the proposals, saying the document was not yet finalised and there were no plans to publicise it.

Risks of a scheme

Not all are enamoured by the idea of a trusted trader scheme. “It doesn’t work,” says Peter Hardwick, trade policy advisor at the British Meat Processors Association, who argues those advocating such a scheme “don’t quite get where the Commission is coming from with this”.

The NI Business Brexit Working Group argued last year a trusted trader scheme could apply to ‘UK-only’ businesses who have no operations in the Republic of Ireland, and therefore are not at risk of moving goods through into the EU single market.

“It doesn’t matter how trusted the traders are, once it’s in Northern Ireland you can’t prevent its movement across the EU”

Yet even if businesses are not moving goods into ROI, says Hardwick, this does not guarantee the goods won’t end up there. “It doesn’t matter how trusted the traders are, once it’s in Northern Ireland you can’t prevent its movement across the EU,” he adds. “So some meat goes to a ‘trusted’ wholesaler in Northern Ireland. What then stops an individual buying from that wholesaler and taking the stuff to Spain?”

While such volumes would only ever be small, it doesn’t take much to spark a food safety scandal. “The GB-NI border is the only place where they can control that risk,” adds Hardwick.

The alternative, that the EU is taking a hard-line approach for broader political reasons, may seem unpalatable in the short term – but in terms of the prospects of a trusted trader scheme, it could offer business more cause for optimism.