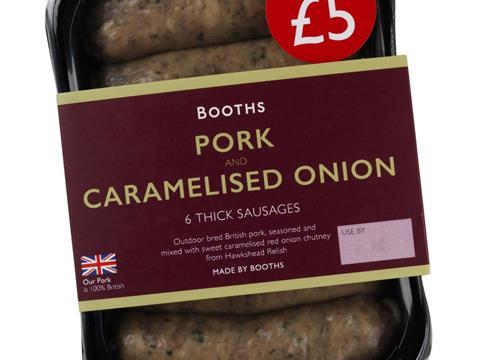 All Booths sausages are produced at the retailer’s central butchery in Preston, Lancashire, using 100% British pork.

“A lot of people don’t realise we actually make our own sausages. We have been working on our range to improve the recipes and packaging so they look as good as the sausages taste,” said Booths meat buyer David Simon.