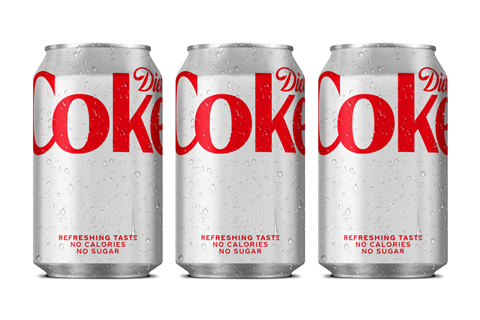 Diet Coke has become the latest drinks brand to fall victim to shortages amid the ongoing driver crisis and tight supply of aluminium cans.

Complaints over the scarcity of Diet Coke products have been posted on social media over recent days, with one consumer claiming he had been unable to find any of its cans in Morrisons “for weeks”.

When approached by The Grocer, a spokeswoman for Coca-Cola Europacific Partners (CCEP) confirmed it had been experiencing shortages.

“The whole industry is facing a challenge in regards to a shortage of haulier drivers and the beverage sector is also managing through a tight supply situation of aluminum cans”, she said.

CCEP had been working closely with its customers to help navigate “this complex situation”, she added.

“Our supply chain is working flat out to meet the increased demands for all our products at this time, including Diet Coke which is in almost 10% year-on-year volume growth”, the spokeswoman said, citing Nielsen data [MAT 19 June 2021].

Last month, Lucozade confirmed it had also been experiencing “low stock distribution” of some of its products in grocery amid the ongoing shortage of hauliers.

A spokeswoman for Suntory Beverage & Food GB&I said it had been communicating regular status updates to its customers to keep them informed of changes as they happened and would continue to do so as the situation evolved.

It comes as more than half of all current job vacancies in the UK are in sectors related to the food and drink industry.

As reported by The Grocer last week, a report commissioned by the NFU, working with 11 other major trade bodies, estimated there were over half a million posts that need to be filled across farming, food production and distribution, as well as retail and hospitality.

With the HGV driver shortage at crisis point, food and drink shortages have been seen at some of the country’s biggest food chains, including McDonald’s and Nando’s, over recent weeks.