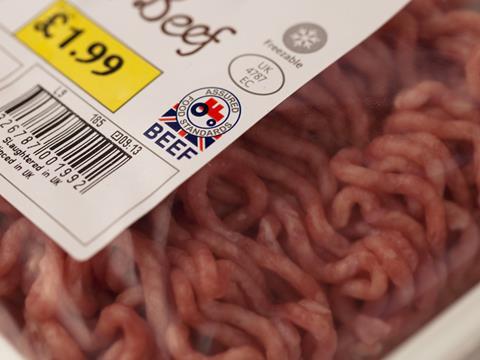 Red Tractor Assurance (RTA) has defended plans to introduce tougher assurance standards for beef, describing the current rules as the “Achilles heel” of its scheme.

“The current situation is a bit of an anomaly compared to other commodities,” he said, adding Red Tractor-certified pigs and poultry were already required to spend their whole lives on assured farms. “Consumers and retailers want change, and we need to move on from the way we define assurance in beef.”

He added RTA “would not be proposing that we should move forward on this if we weren’t entirely comfortable with the status quo”, but stressed that the existing controls on traceability and movements already provided valuable assurances for shoppers.

Some farmers have warned the changes could lead to beef producers abandoning Red Tractor, potentially causing a shortage of assured UK beef.

NFU livestock chairman board Charles Sercombe called for an “open conversation” about the proposals, while the National Beef Association and the Farmers Union of Wales both cautioned over the potential difficulties in adopting whole life assurance.

Clarke stressed any new scheme would be introduced gradually, “with a light touch.”