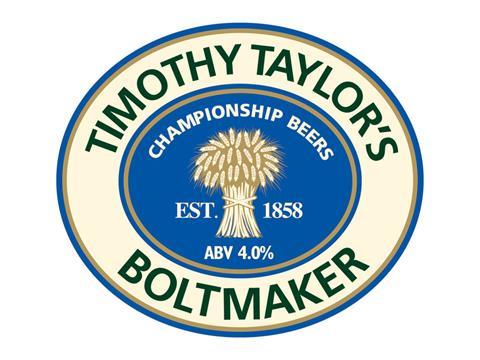 Timothy Taylor’s Boltmaker has been named Champion Beer of Britain at the Great British Beer Festival.

The West Yorkshire-brewed real ale fought off competition from finalists in seven beer categories to be crowned Supreme Champion at the Campaign for Real Ale Festival, which opened in London today and runs until 16 August.

The beverage was described as a “well-balanced, genuine Yorkshire Bitter, with a full measure of maltiness and hoppy aroma”.

Speaking about the accolade, Timothy Taylor head brewer Peter Eells said:  “I’m speechless. We work very hard to produce great beers and we really believe this is the best beer we can brew – so to have it acknowledged in such an important competition is absolutely fantastic.”

Society of Independent Brewers managing director Mike Benner added:  “To be named Champion Beer of Britain is a tremendous achievement and Timothy Taylor is to be heartily congratulated. That the title continues to be awarded to SIBA brewers is testament to the craft, quality and innovation that are evident in beers produced by our members.”