Vegit Indian snack mixes set for launch in the UK 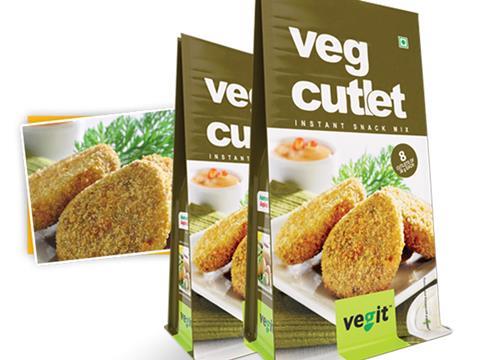 A snack food brand popular in Indian has launched in the UK.

Vegit is a range of ready-to-cook snack mixes than can be either prepared by adding water or used as the base for other dishes. Since launching in India in 2006, it has expanded to more than 6,000 retail outlets and is now one of the leading brands in its category, said the brand, which is also available in the US.

Vegit will initially focus on areas of the UK with a high proportion of South Asian people, such as London, the West Midlands, Bradford and Leicester. The range is available now from a number of London cash & carries.

“These are exciting times for Vegit,” said Prakash Lohia, MD of brand owner Merino Group. “The product has already proven popular in India and the US - two very tough markets - and its success testifies to the brand’s quality and taste.”