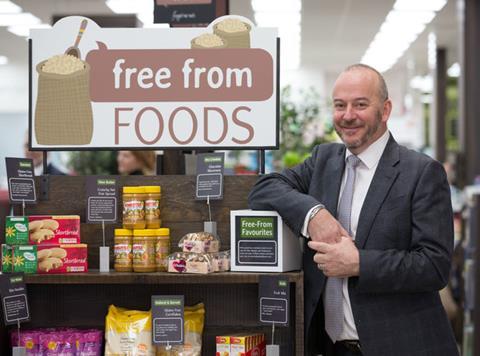 Holland & Barrett has been branded “greedy”, “dictatorial” and “morally and financially reprehensible” after the health food retailer wrote to its suppliers demanding a reduction in costs of at least 5%.

In a letter sent on 15 January CEO Peter Aldis said the cuts were necessary as H&B was investing heavily in growth while margins were being eroded by deflation and higher costs.

H&B had already put a freeze on cost increases in the wake of “a challenging year” in 2015, said Aldis. At the same time H&B had increased turnover by 11.7% during 2015, “a continuation of 26 quarters of consecutive growth”, driven by a range of new initiatives and internal investment. These included £47m in additional or improved space and new omnichannel systems, £23m in customer rewards and £31m in marketing expenditure to drive footfall.

“Our intention is to increase this investment during 2016 and create more opportunity for our suppliers. However, suppliers have not been contributing proportionately to the growth of our business,” said Aldis.

“Indeed, during a period when there has been little or no inflation, a general fall in food prices and fuel costs at their lowest for more than a decade, we have seen our margin eroded substantially by increased product costs. We cannot allow this situation to continue and [still] make our proposed investment. Therefore, in addition to the cost price freeze, we now require a reduction in costs of a least 5% from all our suppliers. This will be entirely separate from the 12.5% retrospective discount introduced last June in respect of stock which we ship internationally.”

The retailer is also asking suppliers to fund a £3m investment in security tagging and high definition CCTV to address the issue of product theft. It said in-store theft represented almost 2% of its total sales. “Our suppliers will have to cover this cost in the form of invoice adjustments and/or free stock,” added Aldis.

Suppliers have reacted angrily. “With some of the worst trading terms in the country for suppliers, the highest margins of any retailer, awful trading terms of 90 days, with large settlement discounts for paying somewhere close to a normal timescale and ridiculous promos that the supplier is meant to fund, this request from Peter Aldis is beyond audacious and is both morally and financially reprehensible,” said a senior director at one supplier.

“The very reason suppliers put their prices up is because we make little to no return due to H&B’s overly aggressive trading terms. It is cause and effect, created entirely by the greedy culture H&B has inflicted on its suppliers.”

Another added: “H&B are now wearing Tesco’s clothes in being the bad boy multiple. We haven’t been able to increase our prices in four years. And now we have no option but to reduce our prices by 5% or be delisted. No debate or discussion. A dictate. Our product is sent overseas and we are charged a 12.5% levy - again without discussion or agreement - a dictate. We have more than doubled our funding support over the last two years. In addition they want further support - ‘invoice adjustment’ - to cover security measures. We wait to see how that will be executed. This is all totally contrary to the terms of reference of the Competition Commissions, an absolute blatant abuse of power. I thought this behaviour was a thing of the past. Sadly not.”

A third angry supplier said: “It annoys me that H&B come over with their advertising as this caring professional independent organisation when in reality they are as bad if not worse than all the other retailers. I’ve been to many of their sales conferences and they simply bully their suppliers. I think the more mature, serious brands will start to leave the H&B estate over the next few years.”

A Holland & Barrett spokeswoman said: “We have made significant investments over recent years to drive the growth of the brand, including a major increase to both our UK and overseas store numbers and investments in both staff training and e-commerce technologies including click and collect. Naturally, suppliers benefit from the resultant increase in sales this growth brings, as well as customer and brand reach. This latest initiative is not the start of a negotiation process, but a further part of this growth strategy which we are now in the process of communicating to our suppliers.”