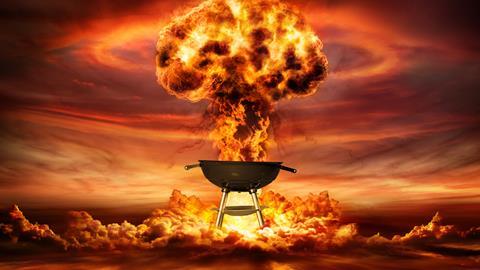 If all goes to plan, barbecue season could explode this summer. How is the industry bracing itself to build on last year’s success?

Stand well back: barbecue season is about to explode. After an entire year of lockdowns and restrictions, Brits are desperate to be free of rules that, let’s face it, have often been about as clear as the juices from an undercooked chicken drumstick.

At last, we have something resembling clarity. From 29 March, six people from different households (or any number from two households) can socialise outside. From 17 May, groups of six can gather inside and up to 30 people outside. All restrictions will lift on 21 June, unless Covid messes things up again. One thing looks like a dead cert, though: barbecue season is going to be a blast.

That’s not just because the law requires most gatherings to be held outside. The postponed Euro 2020 football championships will kick off on 11 June and culminate a month later. Then, on 23 July, the Tokyo 2020 Olympics are scheduled to begin. And nothing fuels Britain’s fervour for barbecuing like a summer of sport (except, perhaps, a heatwave).

So, what will Brits be barbecuing in 2021, and how can retailers make the most of the explosive opportunity?

“It’s going to be another big one,” says Kevin Smith, CEO of meat wholesaler DB Foods, which supplies high street butchers and caterers. “People have been trying to recreate that restaurant experience at home and on their barbecues. Because pubs and restaurants weren’t open, there was a lot of pent-up demand and excess supply. People who might have bought rump or sirloin started barbecuing things like ribeye, tomahawk or T-bone steaks.”

“Our business was about 50:50 retail and catering before lockdown but then it was like a seesaw – catering hit the floor and shop counters went through the roof,” recalls Smith of last year. “People were stuck at home, the weather was good and pubs were closed. Just about the only thing they could do was go into the garden and barbecue. But when Eat Out To Help Out came in there was a real bunfight for steak because the retailers were busy and, suddenly, so were restaurants.”

Steak volumes in the supers spiked by 24% last summer, driven partly by a 9.6% rise in cut-price deals [Kantar 26 w/e 9 August 2020]. AHDB estimates combined at-home and foodservice steak sales by weight overtook those of burgers (excluding takeaways) for the first time during Eat Out To Help Out. That would’ve been unthinkable in 2019 when, kilo for kilo, burgers outsold steaks by nearly two to one.

Steak is still a key battleground for the mults. This month, Sainsbury’s ran front page wraparound ads with the Daily Mirror touting 21-day aged rump steak for £2.32 per 225g as part of its Aldi Price Match. Tesco is running two for £7 deals on sirloin, ribeye and rump steaks for Clubcard holders. As the days grow longer and shoppers begin dusting off their barbecue tongs, many expect the focus on steak to continue.

“Added value, flavoured steaks will remain a key area to add inspiration and innovation to retailers’ ranges,” says Hereford Cattle Society chairman Philip Allman. “With the Covid crisis and foodservice closures affecting carcase balance, we expect to see more premium cuts placed in retail. Because consumers are unable to eat out in their favourite restaurants, they will be taking inspiration from retailers’ shelves or online to replicate their favourite summer meals.”

The steak boom wasn’t left to chance, of course. It was driven by a meat industry concerned about carcase imbalance: you can’t just slaughter the parts of a cow that people want at any given time, so processors play a constant balancing act between demand for cheaper and prime cuts to maintain profits.

“At the beginning of the pandemic there was massive concern about carcase imbalance because demand for prime cuts was falling,” says AHDB retail insight manager Rebecca Gladman. “We launched the Make it Steak campaign in early April to encourage people to cook steak at home. Retailers supported this on-pack and with online banners and fixture signage and we used activation with chefs to show people how to cook steak on the barbecue.”

The big question now is whether the pubs and restaurants reopening on 21 June will find themselves in scrum for steak, pushing up prices.

“It depends on whether stocks have been run down and how willing people will be to go back to restaurants,” says Gladman. She’s far from convinced the whole UK will be out for dinner en masse, pointing out that only around 35% of people took advantage of the Eat Out To Help Out scheme.

“Pubs and restaurants won’t be at full capacity for a long time. There’ll still be a need for social distancing,” she predicts. “The big unknown is around the vaccine rollout and how many healthy, affluent under-65s who are more likely to eat out will have been vaccinated by then.” 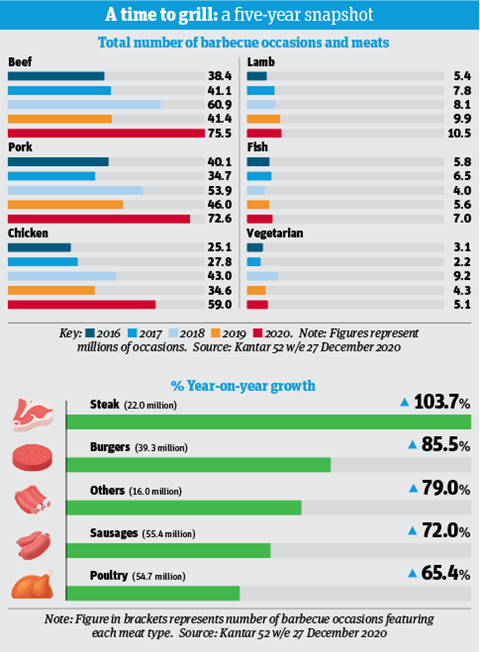 So, more steak will probably be sizzling in homes than in pubs and restaurants this summer. They’ll be joined on the grill by other key barbecue staples, such as sausages (up 72.0% in occasions) and poultry (up 65.4%), which appeared on more than twice the number of barbecue plates than steak last year.

And burgers featured in 39.3 million barbecue occasions, a rise of 85.5% on 2019, helping beef overtake pork as Britain’s most barbecued meat in 2020.

Together, the staples could be the subject of some fancy cooking. After all, research by Kantar suggests that one in five Brits have tried to recreate restaurant experiences at home since last March.

“Consumers have been seeking premium, quality branded burgers for barbecues”

It’s an endeavour that has definitely found its way to barbecues, says Sophie Lindfield, senior brand account manager at All About Food, which produces grocery products for the likes of Nando’s, Gourmet Burger Kitchen and Pizza Express.

While producers of beef burgers enjoyed red hot growth in 2020, so did some makers of meat alternatives – in spite of plant-based appearing on fewer BBQ occasions overall. “We saw a 60% increase in sales compared to 2019’s summer sales,” says Simeon Van der Molen, founder of the Moving Mountains meat-free brand. “In summer 2021, we expect sales to grow by at least 30%.”

That shake-up will come at a price. Brands expect punters to be prepared to pay more for what they’re consuming around the barbie. Kantar strategic insight director James Foster suggests the same. “In 2020, spend on an average barbecue occasion was £4.39 per person, up 18% on 2019,” he says. “In total, we spent £834m on barbecue occasions in 2020, £329m more than the previous year.”

This is a classic recessionary response. Spend on big extravagances such as eating out is reined in (or outlawed, as in lockdown) so consumers trade up in grocery for relatively cheaper indulgences, such as steak or a premium burger. 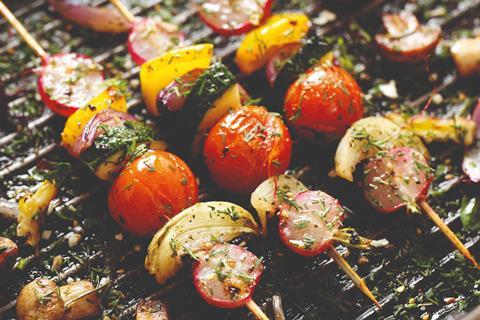 When it comes to barbecues, the decline was even more pronounced. In 2020, 36.7 million barbecue meal occasions didn’t feature genuine meat or fish. That’s a 6.6% decline on the 39.3 million meat-free barbecue occasions that took place in 2019 and the lowest number in five years [Kantar 52 w/e 27 December 2020].

Before meat processors start declaring the death of the plant-based trend, there are a few things to consider. First, lockdown and social distancing led to a 62% decline in the number of barbecues, with five or more people present in early summer [Kantar 16 w/e 9 August 2020].

“We’ve looked at where this loss of penetration for plant-based stems from,” says AHDB retail insight manager Rebecca Gladman. “The vast majority was from people who are buying meat-free as an almost unconscious decision or for guests on social occasions.”

Some suggest a decline in environmental news as Covid-dominated headlines had an impact. After all, sustainability concerns are a key driver for meat avoidance.

They could soon be back on front pages. According to Ipsos Mori, 65% of consumers believe climate change should be a priority of the post-Covid economic recovery plan.

So, with an end in sight for the virus, it’s fair to expect plant-based to return to its former glory.

“The trend for meat-free occasions was in strong growth between 2015 and 2019,” says Lactalis UK group marketing director Heloise Le Norcy-Trott. “In 2019, a third of people were cutting down on meat. Whilst this growth plateaued in the height of the health crisis, we expect the trends we saw pre-pandemic to return.”

So, prepare to see plenty of faux burgers and meat-free bangers on barbecue grills this summer.

That appetite for affordable indulgence has led to strong growth in exotic meats, condiments and pickles. “The barbecue sector is benefiting from UK consumers actively seeking out small, affordable ways to upgrade everyday eating rituals,” says Dee Mapasure, founder of South African sausage brand K’s Wors. She expects to see a repeat of last year’s posher BBQs this summer. “Better weather and the imminent easing of lockdown means garden centres are already feeling the benefits of households preparing gardens and scrubbing down barbecues.”

Indeed, a Money.co.uk survey last year suggested homeowners spent on average £4,000 per household on home improvements in the first lockdown, with gardens attracting most spend.

More recently, Argos saw sales of barbecues and gazebos triple over the weekend the government outlined its roadmap for easing lockdown.

So, perhaps Brits are trying to make their gardens feel like the holiday destinations they haven’t been able to visit. It’s certainly an ambition that’s been seen in their choice of table sauces, insists Deborah Milroy-Kent, head of condiments at AB World Foods

“Whilst travelling abroad has been virtually off the cards, more consumers are using condiments to explore and experiment with world flavour at home,” she says, pointing to 40% growth in world sauces [Nielsen 52 w/e 31 January 2021]. “Increasing penetration and consumption of condiments should follow through into barbecue season.”

“Korean cuisine is gaining traction and the well-known barbecue style is a popular concept that people can try to create at home while restaurants are still closed. And with the Olympics expected to take place in Japan this summer, we predict blends such as togarashi seasoning will be popular among consumers looking to recreate a Japanese barbecue at home.”

There are still lots of ‘ifs’ surrounding the Games. But if they go ahead, this year’s barbecue season is in for boost. There’s also the prospect of a Euro cup final (at Wembley) in July. After the year they’ve had, footie fans’ hopes for a strong home performance have never been higher. One thing’s for sure: if England (or Scotland or Wales) reach the final, the barbie season will go nuclear. 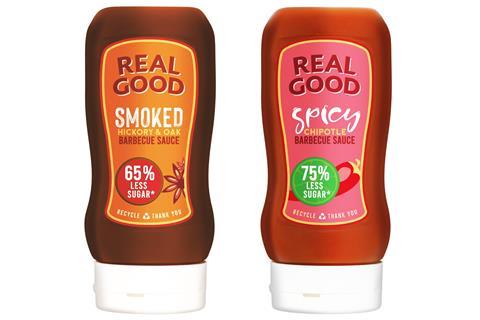 Real Good Barbecue Sauce | Launch date: May 2021Manufacturer: Real Good Ketchup | This duo from Real Good (rsp: £2.90/485g) is set to roll into Ocado and indies just in time for barbecues firing up over the May bank holiday weekends. The Smoked variant claims to contain 65% less sugar than comparable products. It invokes the oak and hickory smoked flavours of the Deep South, with molasses, cinnamon, clove and star anise. Meanwhile, the Spicy sauce is a blend of chipotle, coriander, lime, cayenne pepper and sweet tomatoes, and promises 75% less sugar. 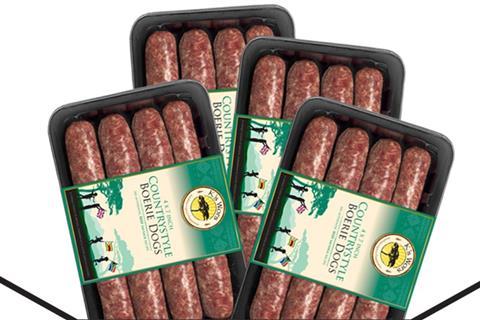 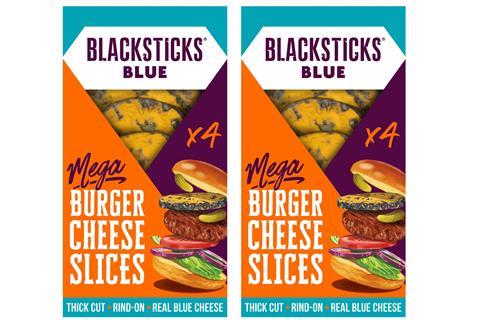 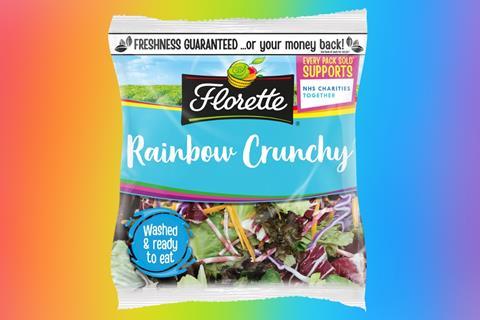 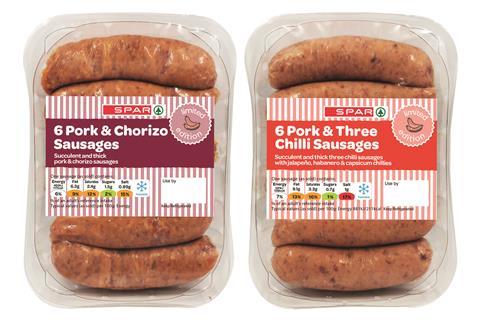 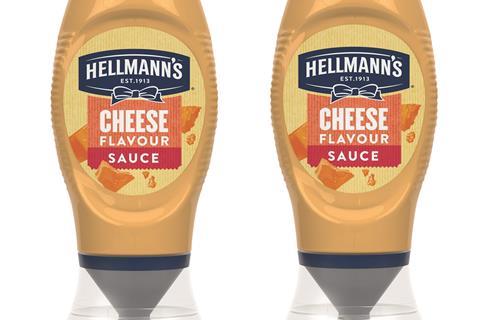 Hellmann’s sauces | Launch date: May 2021 | Manufacturer: Unilever | Unilever reckons its new pack design for Hellmann’s sauces has a 75% chance of being noticed by shoppers within five seconds. The brand also has two new variants in a squeezy bottle: Sour Cream & Chive (billed as a perfect partner for barbecued chicken) and Cheese (designed for Mexican dishes). Rsp: £1.25/250ml. 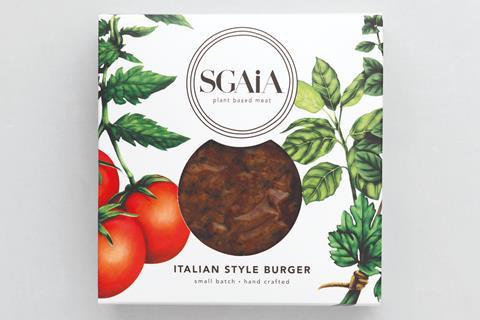 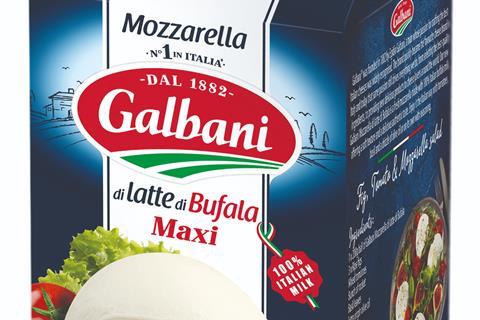 Galbani Mozzarella di latte di Bufala | Launch date: April 2021 | Manufacturer: Lactalis UK | British barbies are getting cheesier: 15.1% featured cheese last year, up from 10.5% in 2019 [Kantar]. Lactalis plans to  tap that growth with this Galbani NPD. This is the UK’s first mozzarella in a recyclable carton, it says. The 100% buffalo milk cheese (rsp: £3.25/200g) will roll into retailers in time for the spring/summer mozzarella sales peak.