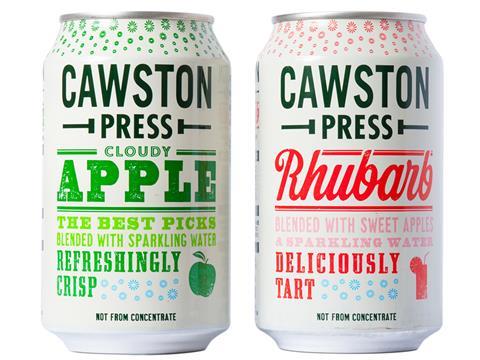 Cawston aims to triple sales from £6m to £18m

Cawston Press is launching its first canned products as it looks to triple the size of its business.

The Kettering-based business is aiming to grow sales from £6m to £18m in the next three years, fuelled by innovation including Rhubarb and Cloudy Apple sparkling canned soft drinks next month.