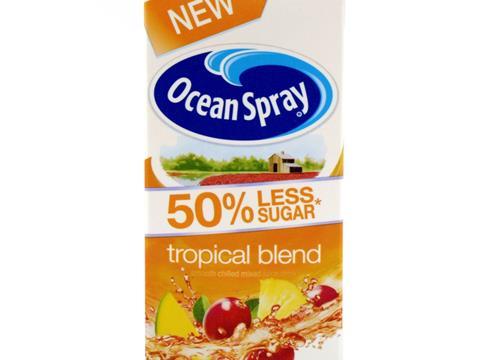 CCE has held the contract since 2010 when it replaced Gerber following double-digit falls in value and volume sales.

On winning the contract, CCE gave the brand a new, premium look, introduced a blueberry variant and doubled marketing spend to £7m.

Following a transition period, Gerber will officially take back the contract this weekend. The juice giant already makes the juices for Ocean Spray in the UK.

Ocean Spray said the decision to stop working with CCE was a mutual one that had been taken in response to “changing dynamics” in the market.

“Ocean Spray remains committed to growing our business in Great Britain with a broad range of innovative products,” it said in a statement.

“We’re planning major expansion of our portfolio this year with significant investment behind our low-sugar range to meet growing consumer demands,” Levine added. “Expect to see over a dozen new Ocean Spray juice drinks this year, with over two-thirds of those products being low-sugar/low-calorie options.” The loss of Ocean Spray comes at a difficult time for CCE. The company has endured a slow start to 2014 in its GB business, which CEO John Brock blamed last week on weak Christmas sales, wet weather, rival promotions and preparations for its move to the new 1.75-litre Coca-Cola bottle.