Trump's trade war drives down price of petrol... for now 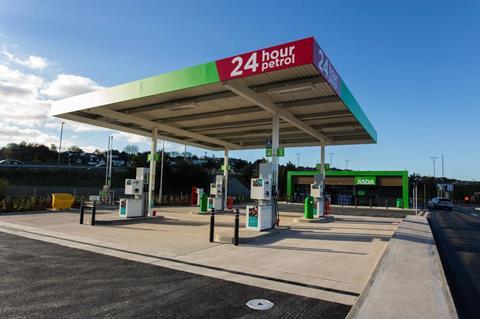 Donald Trump’s trade wars are driving down the cost of petrol in the UK - but lower prices might not last long.

Asda and Morrisons this week announced a 3p per litre cut in prices for petrol and diesel, ending four months of consecutive price rises at the pumps. It means Asda customers will pay no more than 128.7ppl on diesel and 126.7ppl on unleaded.

The price cuts follow a slump in Brent crude oil futures, which have fallen 20% in a matter of weeks - from $75 a barrel to around $60 a barrel, says Ryan Fitzmaurice, energy strategist for Rabobank.

The market was responding to the “weaker macro outlook that’s developed in the last month”, he adds. Trade tensions between China and the US have escalated again in the wake of the Trump administration’s decision to blacklist Chinese tech giant Huawei, while Trump also this week threatened to impose 5% tariffs on all goods imported from Mexico, in a bid to force the country to do more to halt illegal immigration.

However, while the futures market is “trading on the fear of trade wars leading to a global slowdown”, there has not yet been any drop in demand for crude oil from China, which just reported record oil imports of 10.7 million barrels a day in April, says Fitzmaurice.

Physical supplies remain relatively tight, he adds, with the OPEC this week pledging to ­prolong oil supply cuts to avoid a surplus. It means the dip in prices could be short-lived.

“Unless the worst case economic situation plays out I think oil prices are set for a pretty strong bounce from these levels over the next two or three months,” Fitzmaurice says.

“My forecast is that we’ll get back up to around $75 a barrel and then probably stabilise around that level.”