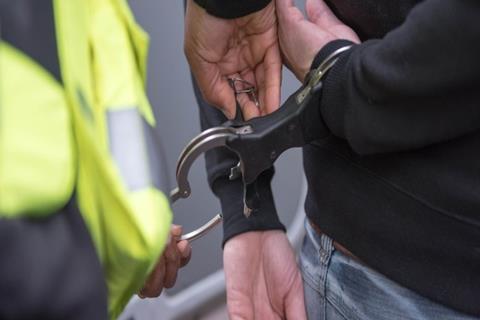 Trade bodies have welcomed its implementation

A new law that makes attacking a shopworker an aggravated offence has come into force today.

The new provision, which carries tougher penalties for offenders, was given royal assent in April and forms part of the government’s Police, Crime, Sentencing and Courts Act.

Trade bodies, who have long lobbied against the rising tide of retail crime, have welcomed its implementation.

“We are pleased that the government has introduced this new aggravated offence to provide additional protection to individuals serving the public following years of campaigning from ourselves and organisations from across the industry,” said ACS CEO James Lowman.

The Federation of Independent Retailers national president Jason Birks said: “Attacks against store owners and their staff have been increasing for a number of years, so I am pleased that we are now being given the same protection in law as other frontline workers.

“Being attacked verbally or physically while just going about your daily business should not be tolerated and seen as part of the job.”

Both Lowman and Birks said, however, it is now essential that shopworkers report all incidents of crime to ensure the new law is an effective deterrent and is dealt with appropriately by the justice system.

“Crime is one of the biggest challenges faced by our sector and these incidents have significant financial and emotional effects on the individuals and the businesses involved,” added ACS’s Lowman. “All incidents of crime against our sector should be reported and it is important that appropriate and proportionate action is taken by the justice system when these incidents occur.”

Birks said: “It’s essential that retailers report all incidents to highlight the scale of the problem, and the police response has to improve if retail crime is to be tackled head-on.”

Paul Gerrard, campaign and public affairs director at The Co-op said: ”The law makes the assault of a public-facing worker a statutory aggravating factor when sentencing, however it is the enforcement of this law that will keep our colleagues safer and send out a loud and clear message that it not ok to assault a store worker.

“Our work with constabularies like Sussex and Nottinghamshire and PCCs like Katy Bourne have shown that by working together, and with leadership and co-operation, a partnership approach can keep shopworkers safer.”

Despite the new powers coming into force today, retail trade union Usdaw is calling for more action after finding another survey revealed incidents of retail crime were continuing to rise.

New figures from The Institute of Customer Service showed 44% of frontline service staff had experienced hostility from customers in the past six months, a rise from 35% in February.

Usdaw general secretary Paddy Lillis said: “This survey is further confirmation of the scale of the problem retail staff face on a daily basis. Usdaw’s latest research found nine in 10 retail workers suffered abuse from customers last year, with far too many experiencing threats and violence. Particularly concerning was the one-third increase in assaults.

“The government has taken a step in the right direction by making the assault of a public-facing worker a statutory aggravating factor when sentencing. However that relies on the police responding to incidents, the CPS prosecuting the case and a guilty verdict. Regrettably, too many incidents do not get through to sentencing, which is a big part of why nearly two-thirds of shopworkers say they are not confident that reporting incidents will make any difference.

“Faced with such appallingly high levels of violence and abuse, and with shopworkers’ almost complete lack of confidence in the ability of the system to give them the protection they need, much more needs to be done. The government must provide the co-ordination needed to ensure that retail employers, police and the courts work together to make stores safe places for our members to work and for customers to shop.”