Co-op claims strong trading performance in run up to Christmas 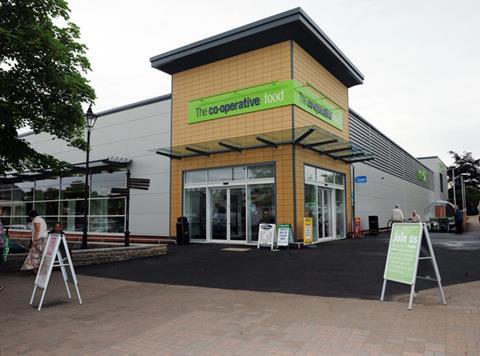 The Co-operative Group said it maintained its positive sales momentum over the Christmas trading period, with strong sales of its Fresh Three veg offer and last-minute essentials and party food.

The convenience retailer said Christmas Eve was its busiest trading day with a total of 3.5 million transactions.

The Co-op’s top three selling lines by volume for the two weeks to 3 January were carrots, Prosecco and sprouts.

Carrots and sprouts, along with parsnips, were part of the retailer’s key Fresh Three promotion in the run up to Christmas with over one million packs of the vegetables sold. It sold over 425,000 bottles of Prosecco, up 1.4% on last year, while mince pie sales were up 37%.

“We witnessed a strong trading performance across the key festive trading weeks and it’s clear from our sales data that convenience shopping was in the ascendancy this Christmas with more customers opting to shop little and often. Millions of shoppers visited us during the key trading period with Christmas Eve being the biggest sales day of the year, despite the heavy rainfall in a number of our key locations,” said The Co-operative Group retail chief executive Steve Murrells. “For many, the top-up shop was a must for those little extras, party food purchases and forgotten essentials.”

The retailer has opened special pop-up shops in Appleby in Cumbria and both Mytholmroyd and Hebden Bridge in West Yorkshire as a result of flooding. Each temporary store stocks 150 basic food lines, including grocery, fresh foods and bakery items. In addition, the Co-op has donated hundreds of parcels containing tea, coffee, toilet rolls, water and other essentials. The parcels have been delivered by Co-op staff as they have joined in flood relief activity to support local residents, nursing homes and others in local communities in Cumbria and Yorkshire.

“Our colleagues demonstrated the Co-op difference in those communities impacted most by the floods, where our pop-up shops and donations helped to provide some comfort to those customers who were affected,” added Murrells.

“Our Insurance colleagues also volunteered to come in over the Christmas break to deal with new claims and proactively contact all our customers within 250 metres of areas at risk of flooding. By doing this we were able to identify and assist people who didn’t realise our claims lines would be open on the Bank Holidays and over the festive period.”