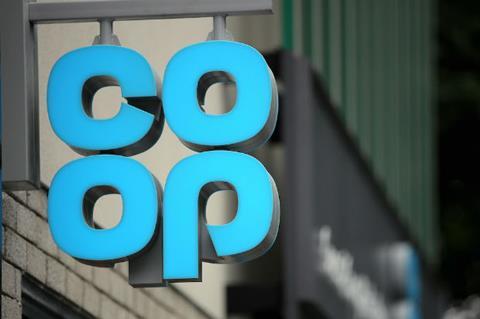 The Co-op has joined a new carbon reduction campaign to help mitigate the impact of the climate crisis just days away from COP26.

The Count Us In campaign aims to encourage one billion people to take practical steps in their own lives to reduce carbon pollution.

It is made up of 16 steps overall, including: cutting down on food waste, repairing and reusing, eating more plants, and sharing experiences with friends and colleagues to raise awareness around climate action.

These actions were selected by experts from the UN Environment Programme as being the most effective ways to reduce global emissions. They aim to influence and challenge politicians and businesses to be “bold and ambitious”, while offering the ability for everyone to get involved.

Co-op CEO Steve Murrells has now called on the organisation’s colleagues and members to take part in the campaign and has pledged that he and his team will be instrumental in reducing their own carbon footprint.

The convenience retailer has already pledged to radically reduce the carbon that comes from its products and operations in a bid to become a net zero business by 2040 as part of its 10-point climate change action plan.

“Global society is facing a monumental climate change crisis and just as the government needs to be ambitious in delivering against its own commitments, we know we’ve got a critical role to play in delivering real change for a fairer world,” said Murrells.

“The impact on lives and livelihoods in the UK and around the globe disrupted by the effect of global heating on weather patterns can no longer be ignored, and the scale of the climate crisis means every one of us must act now as individuals, businesses, and communities.

“That’s why I am personally signing up to this pledge and I am encouraging all of my colleagues, Co-op members and customers to join me, because we know that when we work together, we can achieve bigger and better things.”

Ipsita Bhatia, partnerships lead at Count Us In, said: “We are thrilled and proud to have Co-op as a partner of Count Us In. It’s incredibly powerful to see Co-op engaging their colleagues, members and customers to take steps to reduce their own carbon pollution and add up to something bigger, together.”