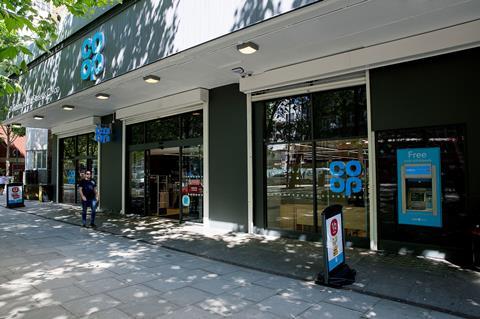 Co-op is accelerating its store opening programme during the second half of this year.

The convenience retailer is planning to open at least three new extended stores a week between now and the end of December. It will also conduct major refurbishments at a further 100 stores as part of a £130m store investment programme.

Co-op said the investment would create more than 1,000 new permanent roles. It said this was in addition to a similar number of permanent jobs created out of the 5,000 temporary workers it took on at the beginning of the coronavirus crisis.

“Co-op works to operate at the heart of local life, making a difference in its communities,” said Co-op property MD David Roberts. “Multiple factors motivate consumers, with ease, choice and added services chief among them. We continually look for new locations which are definitively convenient – closer to our members and customers with proximity shopping a key consumer consideration.

“Through our partnership approach we are enriching our offer to make convenience truly compelling in our communities.”

The Co-op has enjoyed rapid sales growth since the Covid-19 crisis hit the UK in March. According to the most recent grocery market share data from Kantar, Co-op sales jumped 22.4% for the 12 weeks to 9 August. This was the second-fastest growth by any of the leading bricks-and-mortar grocers, behind Iceland, which grew by 29.2%.