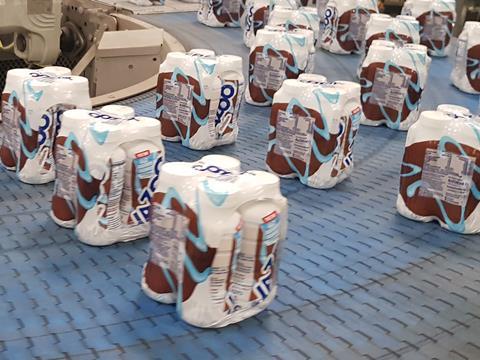 Volumes of Yazoo continued to increase on the back of its ‘no added sugar’ variant launched in 2016, and further growth for the brand was expected during 2018, it said.

However, own-label volumes dipped as major retailers favoured “British milk supplies” it revealed. With Brexit and the possibility of major retail mergers threatening to add further pressure to the market, the company planned to adapt its portfolio of products to “expand its opportunities across the total food and drink sector”, it said.

It comes after FrieslandCampina UK & Ireland MD Gavin Blair told The Dairymen last month the company had ambitions to launch new brands in the UK, as well as adapting existing international brands for the British market. In particular, the company sees opportunities in snacking and health products, he said.