Ornua Foods bounces back into black with £7.1m profit 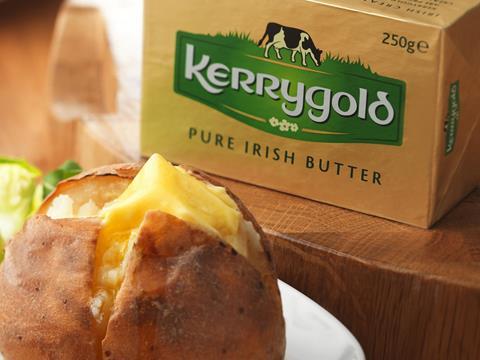 Ornua Foods UK has returned to profitability after posting a £7.1m pre-tax profit last year on the back of a surge in value sales.

Profit rose on the back of growth from the Kerrygold and Pilgrims Choice brands, alongside ongoing cost control and efficiency measures in preparation for Brexit.

In the supplier’s annual report and accounts, Ornua’s directors hailed the return to profitability in an “ultra-competitive” and “volatile” marketplace. They set out its strategy to make NPD a priority, while monitoring shifts in the market and maintaining frequent engagement with suppliers.

The company also invested in energy reduction projects in 2017, in addition to further investment in its cheese packing technology and IT systems.

“We believe the ongoing investment planned for the current and future years in both our state-of-the-art packing facility in Leek and our Pilgrims Choice and Kerrygold brands will continue to give the company a competitive advantage in the marketplace,” he said.

It comes as the Ornua global business recorded a 25% increase in EBITDA during the same period, after achieving record sales for Kerrygold in the US and Germany. Revenue broke €2bn, while pre-tax profits soared 82% to €29.1m in a year that saw it acquire cheese ingredients business FJ Need.