Tomlinsons collapse leads to shortage of Welsh milk in Wales 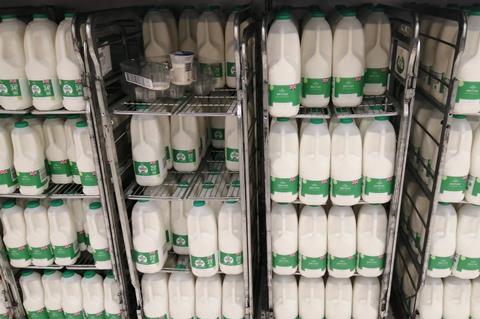 Retailers such as Morrisons have been selling union flag-labelled milk across Wales, including its Holyhead store on Anglesey (pictured)

Shoppers in Wales are facing a shortage of Welsh-labelled milk following the collapse of Tomlinsons Dairies last month.

The Wrexham-based processor was a Sainsbury’s own label supplier. However, it also processed, bottled and distributed segregated Welsh milk to retailers including Morrisons, Asda and M&S across Wales as part of a long-standing customer contract with Arla Foods.

A subsequent lack of processing capacity for Welsh milk in Wales means those retailers have now been forced to source milk processed outside the country, leading to consumer complaints on social media over union flag-labelled and English flagged milk on sale in some Welsh supermarkets. 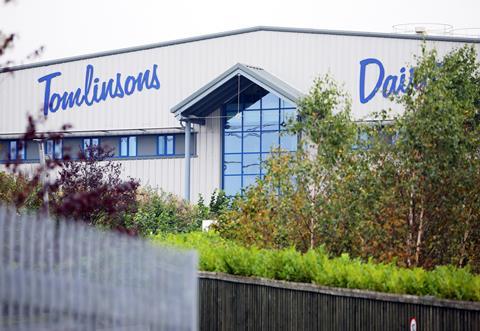 Tomlinsons collapsed into administration in October

In order to “keep milk on shelves”, retailers had been forced to source milk from elsewhere in Arla’s supply chain, Arla UK MD Ash Amirahmadi told The Grocer. “The plight of Tomlinsons is genuinely sad, they were a key partner of ours and enabled us to supply Welsh-labelled milk to our retail partners.”

In depth: Is milk processing in Britain coming to the end of the road?

The dairy co-op was looking at ways to renew supply of Welsh-labelled milk. However, Amirahmadi stressed any future solution would be driven by customer need.

The cost of transporting Welsh milk to an English dairy to be processed would also be prohibitive, suggested a senior dairy industry source, adding further pressure on processor margins. “Until retailers increase their shelf price, it’s unlikely they will be able to bring Welsh-labelled milk back in the short-term.”

The closure of Tomlinsons had “clearly impacted on the ability to supply top quality Welsh milk to a number of supermarket stores”, said NFU Cymru milk board chairman Gareth Richards.

“We hope this situation is resolved soon. It highlights the lack of Welsh processing facilities and the need for increased investment in processing in Wales to be able to meet the demand for Welsh milk from loyal consumers.”