Add Psalt starts next phase of support for black-owned brands 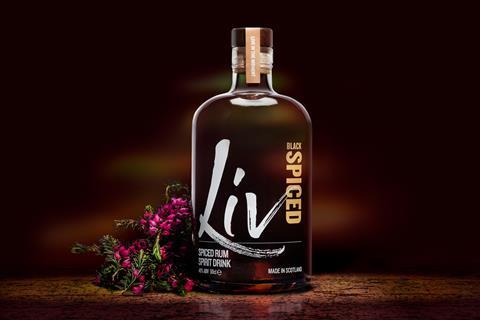 Liv Black Spiced Rum - one of the brands in the scheme

An accelerator venture focused on increasing the representation of black entrepreneurs has kicked off its second programme as part of a drive to grow black-owned brands in UK grocery tenfold in three years.

The entrepreneurs will receive strategic guidance, product and brand development, and access to national retail distribution, worth £55k.

The second cohort follows the pilot programme earlier in 2021, where the founders of Blue Turaco, Jamaican Rum Vibes, and Rogue received training and coaching, as well as sessions with retail buyers.

The three businesses from the first programme are currently in fundraising discussions after being introduced to potential investors and are targeting retail launches for 2022.

Akinluyi commented: “We had great engagement from retailers, but you can’t scale up a business without the funding so we’re actively engaging investors early in the process.”

Fewer than 2% of Britain’s food and drink businesses is estimated to be black-owned, with ADD Psalt aiming to increase current market share threefold in its current year, rising to tenfold by year three.

“It’s hard to be a challenger brand irrespective of your background, but we have to be much more intentional about increasing representation because it’s currently so low and that cannot just be put at the door of retailers,” Akinluyi added.

Talking of the first cohort of participants, Tarik Abdel-Hady, head of global supplier partnerships at Tesco, commented: “I was really impressed with the quality of the products presented and the energy and passion from the brand owners… To their huge credit, the owners have been able to develop their products with limited resources, so I’m really excited to see where they can go with the added support of the Add Psalt programme.”