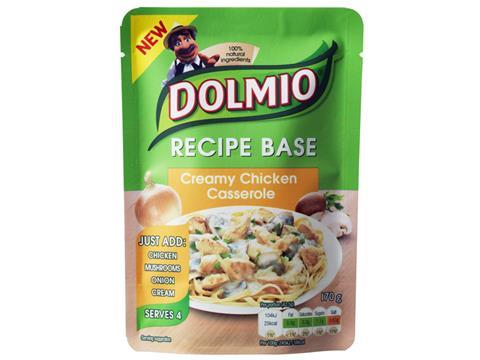 Mars has set its sights on the scratch cooking market with the launch of new Dolmio and Uncle Ben’s products.

It is rolling out 10 pouched ‘recipe bases’ (rsp: £1.49) in variants such as chicken casserole, chicken tikka masala and spaghetti bolognese to Tesco on 21 April, ahead of wider distribution in June.

They offered a “concentrated base flavour” that allowed consumers to prepare a meal by adding fresh ingredients, it said. “Many people want to become more involved in the cooking process,” added Dolmio brand manager Jordan Holmes.

Mars will be supporting the launch with PoS materials and a £5m media investment across both brands.