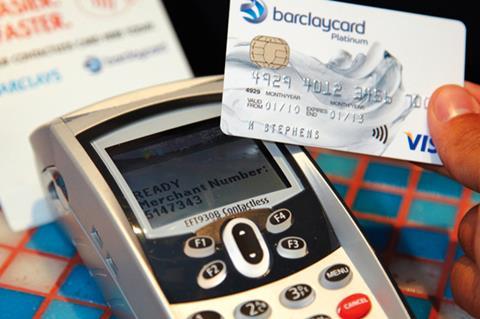 Shop price deflation decelerated to 0.4% compared to 0.6% in September, data from the BRC-Nielsen shop price index covering the period between 1 and 7 October showed.

“With an uncertain economic outlook at the start of the ‘golden quarter’, the industry has been working hard to stimulate demand and to keep price increases as low as possible,” Mike Watkins, head of retailer and business insight at Nielsen, said.

“Seasonal ranges are now in store, and we can expect an increase in promotional activity in the run-up to Christmas, which will give shoppers further savings at the checkout.”

Food inflation accelerated to 1.6% in October from a 17-month low rate of 1.1% the prior month.

The rate of fresh food inflation accelerated slightly to 0.8% from 0.7%, below the 12 and six-month average increases of 1.3% and 1.2% respectively.

Ambient food inflation, however, spiked to 2.7% from 1.7% in September, above average.

“The year has seen relatively weak sales and retailers hope that Black Friday and Christmas will reverse this trend with the help of lower prices,” she added.

“Rising global food prices and the higher oil prices from earlier this year will increase costs for retailers. These factors come as the industry struggles with the burden of public policy costs, such as business rates, which is weighing heavily on the industry and keeping margins at record lows.”

Dickinson urged the government to remove the “threat of a no-deal Brexit” which, despite having been pushed back following Monday’s extension agreement from the EU, “has not gone away”.

“The government must secure an agreement with the EU as soon as possible to give consumers and retailers the certainty they need,” she concluded.

Sainsbury’s (SBRY) has announced that non-executive directors Matt Brittin and Jean Tomlin will step down from the supermarket’s board next year.

Brittin, the boss of Google’s operations in Europe, will leave after nine years on the board in line with “good corporate givernance”, Sainsbury’s said, while former Marks & Spencer executive Tomlin will step down after seven years for “personal reasons”.

Sainsbury’s has already kicked-off the search for replacement to fill both positions and will make further announcements in ”due course”.

Cadbury-owner Mondelez International (MDLZ) has raised its 2019 outlook as sales in the third quarter were boosted by surging demand in emerging markets.

After a “strong” performance, Mondelez said it expected organic net revenues to rise 3.5% or more in the full-year. Previous expectations were set at 3% growth.

“We are pleased to report another quarter of strong top-line growth, continuing the momentum of the first half, enabling us to further increase our outlook for the year,” chairman and CEO Dirk Van de Put said.

“Our strategy to accelerate growth by focusing on the consumer, driving operational excellence and unlocking the potential of our local business units is delivering good results from both local and global brands.”