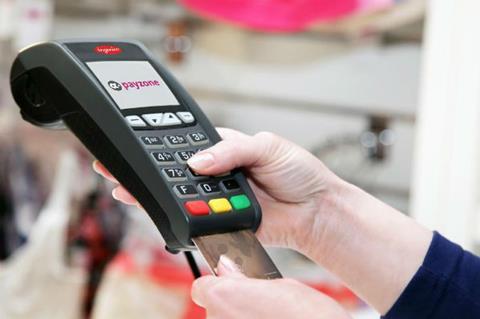 UK shop prices have continued on a downward trend in January, but food prices picked up following Christmas promotions.

Overall shop prices reduced 0.3% year on year, according to data from the BRC-Nielsen Shop Price Index covering the period from 6 to 10 January.

Non-food prices dragged the ongoing decline, falling 1.5% in January amid a raft of discounting on the high street.

“Shoppers will cheer as non-food prices fell in January, a continuation of the long-term trend in retail,” said BRC CEO Helen Dickinson.

Food prices however bucked the trend, accelerating 1.6% in January, up from 1.4% in December.

Fresh food inflation eased to 0.7%, but ambient food prices jumped to 2.8% from 2.4% the prior month, their highest inflation rate since April 2019.

Mike Watkins, head of retailer and business insight at Nielsen, said: “Whilst promotions in supermarkets have returned to more normal levels post-Christmas, the sector remains embattled with fierce price competition which looks set to continue.

“And after a decline in volumes across food retailing last year, the industry will be looking to stabilise sales in the first quarter.”

Among the risers AG Barr (BAG) closed 15% higher trading at 629p after posting an upbeat trading update. Just Eat (JE) closed up 1.9% at 872.20p after announcing a deal to deliver McDonald’s in the UK and Ireland.