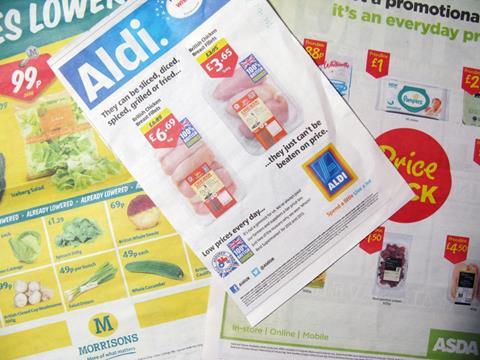 Supermarket price wars have helped affordability in the UK

The supermarket price war has been given the majority of credit for driving down the price of food – but it is not only in the UK that prices are going down.

Falling commodity costs have translated to a global 6.5% decline in food prices since the beginning of June, according to the newly updated Global Food Security Index from the Economist Intelligence Unit and DuPont.

This, coupled with a general increase in national incomes over the past three months, has seen food security improve for 90% of the 109 countries profiles, but interestingly the UK remains something of an exception when it comes to lower food prices in more developed economies.

Declining raw agricultural commodity prices have particularly translated to lower food prices in the developing world – with a marked increase in food affordability in countries in Africa and Latin America (the top three affordability improvements were in Sierra Leone, Paraguay and Botswana).

Steve Elmore, chief agricultural economist at DuPont said: “It will take longer for national food prices, particularly in developed economies, to decline. Food processing and transportation costs are not declining, livestock production will take some time to recover and prolonged drought conditions will increase fruit and vegetable prices.”

One reason why food prices have not fed through to some parts of Western Europe is the high consumption of meat in these countries, which has been one of the only commodities to see prices rise over the past quarter.

In terms of affordability, the weakening macroeconomic environment driven by a slowdown in the Eurozone has led to incomes deteriorating in many European countries at a far faster rate than any beginnings of food deflation.

The improvement in affordability in the UK is particularly driven by a year-on-year plunge in the “food consumption as a share of household expenditure” (the UK’s score in this category increased by 20.7 points). The UK’s GDP per capita score increased by a far smaller amount (1.6 points), suggesting that food pricing has played the key role in the UK’s increase in food affordability rather than economic growth.

While the data falls short of proclaiming the supermarkets have helped increase food affordability, it adds weight to the argument that the grocery retail environment in the UK is experiencing different pressures from much of the rest of Europe and has become notably more competitive.

The global affordability picture was supported by food prices in the period from June to the end of August reaching their lowest level in four years. This was driven by falling dairy prices, owing to high production in the US and import prohibitions in Russia, which yielded surplus export capacity across the globe. Despite remaining drought conditions in the US, there has also been record production of rice, corn, soybeans and wheat, which the EIU said “will maintain lower commodity prices for the foreseeable future”.