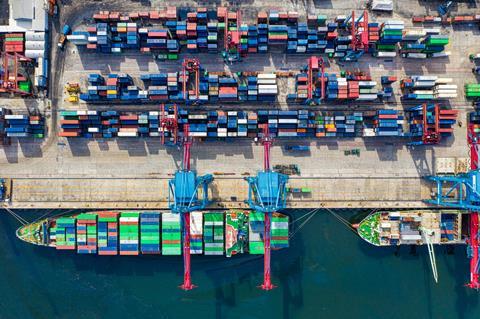 Exports of food and drink from Scotland, Wales and north east England have enjoyed a strong recovery according to new figures from the Food & Drink Federation, but the picture is mixed, and it’s called on the government to do more to help exports, including improving implementation of the UK-EU trade agreement.

Scotland accounted for the largest share of UK food and drink exports, with almost 30% of total exports, worth £5.7bn – up nearly 15% since 2020 – the survey found.

Wales’ export recovery was driven by strong exports of cereals, up 173% since 2020, and now worth nearly £140m to the economy.

However, the figures do not take into account the impact of Russia’s invasion of Ukraine, the FDF warned.

And the figures also show the recovery has been far from universal, with exports across England down 9% year on year.

Additionally, while in Scotland the overall annual rebound was driven by exports of beverages and seafood, with both up 16%, categories such as fruit & veg and dairy remain in significant decline (down 24% and 18% respectively).

Wales’ largest export category of cereals jumped 172% year on year, but its second and third largest, meat and dairy, were both down (by 9% and 1% respectively), while Northern Ireland’s largest category, dairy, was down 5% and its exports to the Republic of Ireland fell 3% year on year.

“It’s encouraging to see exports starting to recover across many parts of the UK, with companies adapting to the UK’s new trading relationships with countries around the world,” said FDF CEO Karen Betts.

“Our report also shows the vital role food and drink manufacturing plays in every community across the UK’s four nations, and how central our sector is to prosperity at home as well as in driving exports overseas.”

The new figures come after the government hailed “more opportunities than ever” for food and drink exporters at a showcase for British food and consumer goods at Downing Street this week.

Boris Johnson said at the event, which included IGS Vertical Farming from Scotland, Tregothnan Tea from England and Flawsome Drinks from Wales, that “putting the best of British business on the global market is a vital part of growing our economy”.

International Trade Secretary Anne-Marie Trevelyan added: “As we continue our journey as an independent free-trading nation our Export Strategy offers a wealth of support for existing as well as new-to-market traders.”

The government launched its 12-point Export Strategy last year to businesses across the UK to double their global sales.