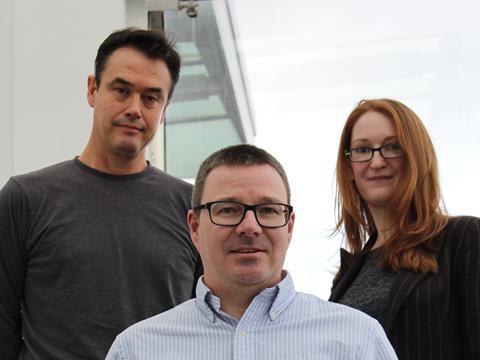 David Attenborough kicked off the UN climate change conference this week with a warning of the collapse of civilisation.

But what if actions to tackle plastic are actually contributing to the threat he described?

That’s the view of a group of Edinburgh-based scientists, who have claimed replacing plastics with currently available materials would double global energy consumption and triple greenhouse gas emissions.

So who are they, and does their view stack up?

The group of 40 academics from Heriot-Watt University, including experts across disciplines from marine biology to packaging, are seeking funding for a raft of studies on the plastics debate.

Professor David Bucknall, the group’s leader and chair in materials chemistry at the University’s Institute of Chemical Sciences, believes many companies have major concerns about unintended consequences of the war on plastic but are too afraid to speak out.

“The people I have spoken to are keeping a low profile and trying not to put their head above the parapet.

“One company had been speaking to the European government about research on the use of plastics and they got nowhere because the political agenda is already set. In the UK it seems MPs have been among those reacting in a kneejerk way. They are being fed information, not listening to experts.”

Bucknall’s brigade looks destined for a rough time. The scientists already stand accused of drawing their claims from reports funded by the plastics industry, including Plastics Europe - the Association of Plastics Manufacturers.

“I will be interested to see how impartial and evidence-based they are because at the outset I question whether they have done their homework,” says Dominic Hogg, chairman of consultancy Eunomia, whose report last month was the basis of a call by the WWF for a new materials tax targeting both companies and consumers.

“For a start, I’m not sure anyone is calling for an absolute ban on plastic as they claim. From what I have seen so far there is no report, and what evidence they have got is not their own.”

Professor Bucknall argues the group will consult both environmentalists and industry. “We’ll be particularly interested in talking to industry, academics and NGOs,” he says. “We want to have a fact-based discussion about plastic.”

He acknowledges the scientists as yet lack data themselves, but insists: “The whole point of our involvement is us saying we need to look at the data rather than just having sudden u-turns in policy.”

Robin Norton, category director at consultancy Grasp, says the focus on plastic has already started to lead to unintended consequences.

“A good example is the Co-op’s decision in 2007 to remove plastic wrap from their cucumbers,” he says. By 2012 it had undertaken a new trial which found that wrapping the cucumbers reduced waste by one third.

“Yet despite this case study, Morrisons announced in August they were removing plastic from their cucumbers.”

“If shoppers have decided plastic is bad, this looks like an area where an impact can be made, but the alternatives are not great. Glass is heavy and has a much bigger carbon footprint for transportation.

“Perhaps the clearest kneejerk response has been M&S’ decision to stop giving away black plastic cutlery,” Norton adds. “M&S shoppers may welcome the natural feel of wood but most will not yet appreciate that this plan B is a linear solution from tree to biodegradable grave. This feels like progress but is a small step forward versus a closed loop of recycled and recyclable cutlery.”

Professor Bucknall says he hopes his group will produce the evidence that can prevent such mistakes being made.

Yet given the backdrop of Blue Planet, TV campaigns and ministers making new announcements about plastics every week, the hope of a science-based approach, and one that all sides can agree on, may seem closer to science fiction than fact.