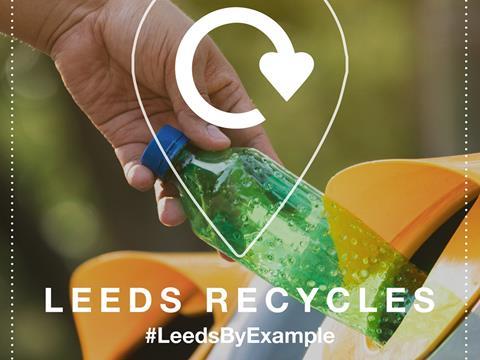 Asda, M&S and Morrisons are rolling out DRS machines in Leeds

Retailers are to ramp up trials of an alternative to the government’s controversial DRS system as they step up the war against plastic pollution.

A coalition of companies, including Asda, Morrisons and Marks & Spencer, are set to roll out reverse vending reward machines in Leeds, in a pilot that could be expanded nationally.

The #LeedsByExample trial, which launches in September, will see new recycling facilities introduced on the streets, in offices, shopping centres, universities and transport hubs, as well as a co-ordinated marketing campaign by retailers and suppliers to encourage more recycling.

Machines set to be installed in a number of supermarkets and c-stores will reward customers with vouchers for recycling plastic bottles.

The scheme is being co-ordinated by environmental charity Hubbub and recycling compliance scheme Ecosurety and will be piloted in Leeds for six months.

It is set to use lessons from a trial run by Hubbub at service stations in Kent, which instead of getting consumers to pay a deposit for bottles, as in DRS, simply paid them a 5p reward for bottles returned.