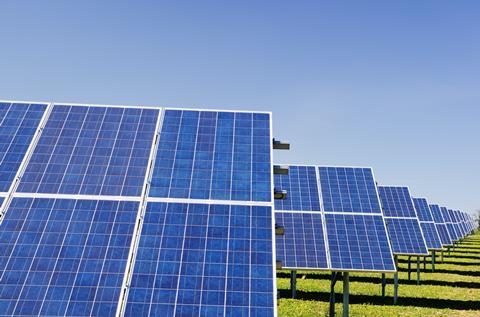 Greenwashing is no longer a viable strategy; rapid carbon reduction needs to be at the core of strategies

We think the UK’s intention to mandate climate disclosures by 2025 for companies, banks and asset managers is a game-changer. This will force climate change to be considered like any other risk, such as credit or counterparty risk. It is the first G20 country to go down this road, but we would expect others to follow suit, ahead of the delayed COP26 climate conference in Glasgow, now scheduled for next November. Former governor of the Bank of England Mark Carney has been vocal around underestimating climate risk and described it as “a crisis for the whole world in which no one will be able to self-isolate”.

Carbon emissions are fast becoming the front page topic of ESG, with the UK government recently banning the sale of fossil fuel car sales post-2030. This is in addition to the EU 2030 climate plan with the aim of cutting emissions by at least 55% by 2030, as part of the EU’s goal in becoming carbon neutral by 2050. The EU Emission Trading System (ETS) is one of the pillars of this plan and is the system through which carbon credits are priced and traded. Currently the EU ETS covers about 40% of EU emissions, but as a part of the 2030 climate plan, this could rise as the EU commission widens legislation, which is due by June 2021.

As a part of Barclays’ global ESG initiation across global staples, we have been thinking about how to incorporate carbon considerations into the financials of the companies we cover. We have developed an up-to-date carbon model, highlighting the pinch points as the largest fmcg companies in the world look to tackle this seismic issue. Interestingly over 75% of CO2 emissions within the fmcg sector are from the biggest 10 emitters, whilst the remaining 25 companies in our model account for less than a quarter. It is, however, not as simple as calling out the largest companies as different business models are required, with some having less flexible strategies than others, but certainly these companies have the most to do on an absolute basis.

Further to this, we modelled out the scenario of companies becoming net zero today. We used multiple carbon credit prices in a simple scenario of purchasing credits to offset emissions, which allowed us to adjust company financials and valuations based on their carbon emissions. This analysis clearly highlighted the companies that view this as a front and centre issue and are working to tackle it, versus those with their heads buried in the sand.

To highlight the scale of the potential issues, our model showed valuations could be adjusted downwards by between 14%-20% in the most severe cases, if they were required to become carbon neutral tomorrow. Contrast this to best-in-class staples companies who have internal carbon pricing programmes, where different parts of the business fight for capex depending on the relative attractiveness of their carbon reduction initiatives.

The extent of future commitments on carbon emissions is also wide ranging: 12 out of the 17 large fmcg companies we researched have not made net zero commitments. This is despite the EU mandate for climate neutrality by 2050. This is unacceptable. Carbon is no longer an externality – the quicker it is internalised and measured the better. What gets measured gets done.

On the other side of the coin, market-leading companies on this issue such as Unilever have committed to being carbon neutral by 2039, moving forward their commitment by more than a decade and showing real leadership on this issue. Greenwashing is no longer a viable strategy; rapid carbon reduction needs to be at the core of strategies, not the periphery. Consumers expect it, stakeholders will demand it and regulators will ultimately enforce it if required.

It is going to come with hefty costs but there is simply no hiding place anymore. For those laggards, they will be faced with not only a higher cost of capital, but also being shunned by asset managers and other allocators of capital.