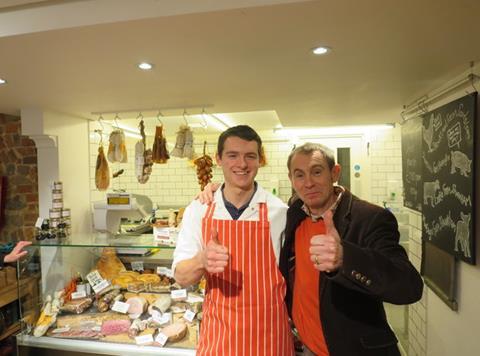 The entry deadline for the 2016 Farm Shop & Deli Awards - organised by The Grocer’s publisher William Reed Business Media – has been extended to 30 September.

The awards, which recognise excellence in the UK’s independent retail market, will be in their third year in 2016, and are held in partnership with deli chain Olives Et Al.

The chair of judges for 2016 will be food broadcaster and journalist Nigel Barden, who will be joined by other key industry figures to judge the entrants.

“There are some very focused, driven and talented food retailers in Britain, who deserve to be nourished and encouraged,” said Barden. “The 2015 Awards revealed some truly brilliant winners, many of whom source produce locally and it’s great to see there’s a good spread of outstanding retailers in both urban and rural settings.”

North Devon-based delicatessen Johns of Instow & Appledore beat more than 500 other entries to pick up 2015’s top prize of Retailer of the Year. Awardwinners will be announced at next year’s Farm Shop & Deli Show, which will be held at the NEC in Birmingham between 18-20 April.

To enter the awards visit www.farmshopanddelishow.co.uk/awards. Consumers can also vote online for their favourite retailer at the awards website until Saturday 31 October.