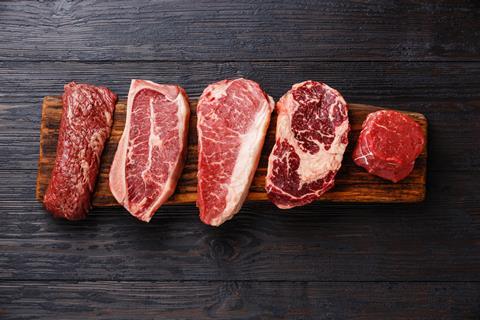 Focus On: Meat by Kevin White

Nobody could accuse the meat and poultry industry of having an easy ride this year. The category is facing more than its fair share of challenges, from the plant-based movement to Brexit, environmental impact and health credentials. None of that seems to matter to shoppers, however. In fact, Brits bought an extra 11.9 million kg of fresh meat this year. Key to that growth has been average price decreases across virtually every fresh meat sector, driving increasingly price sensitive shoppers into the meat aisle. Which parts of the market are benefitting most from Britain’s return to recessionary shopper behaviours this year, and can shoppers be persuaded to part with more of their cash in the year ahead?

Plant based: Despite a slew of innovation and continued media coverage, the plant based movement hasn’t had the impact on meat that one might have expected this year. How many shoppers are truly reducing their meat intake? How much more likely are shoppers to prioritise price than plants in the year ahead?

Processed: Negative health connotations and flagging own label sales drove the sector into the ground this year. Yet every branded sector is in volume growth, and total processed poultry managed gained an extra £10m in sales. How are brands attracting shoppers into processed meat? And how is poultry succeeding where other processed sectors are failing?

Bacon: Following years of decline, branded bacon has returned to growth and become a key driver of innovation for processed meat this year. What is behind bacon brands’ 18.3% sales boost this year?

Health: The past year has seen several health-driven innovations like Tesco’s vegetable-packed Meat & Veg line up. To what extent are these innovations shaking up the meat aisle, and are shoppers willing to pay more for healthier meat products?

New dishes: Shoppers are expanding their cooking repertoire, moving away from the traditional ‘meat and two veg’ dinners and towards new dishes and world cuisines. How can the category tap this, and who is already doing so?

Kantar box: Using Kantar data, we explain the reason behind the rise/fall in the different sectors of meat.

Innovations: A run-down of the top launches in meat that haven’t been featured in The Grocer before.

Brexit: What could a no deal Brexit mean for the meat industry, and how are the key players in the market preparing in the lead up to October 31st?