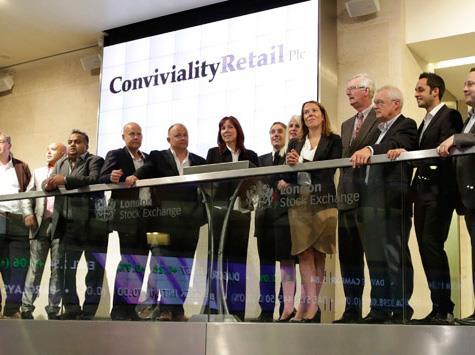 The Grocer contacted Conviviality Retail, owner of Bargain Booze, this week over a story that it was seeking to acquire Matthew Clark from Punch Taverns.

Conviviality confirmed this morning that, following media speculation, “it is participating in a managed sale process in respect of Matthew Clark”.

If this is successful, it would constitute a reverse takeover under AIM Rules, the company said.

The Grocer understands the price tag for Matthew Clark in a process being handled by Rothschild, is around £200m. Conviviality’s current market cap is just over £100m.

Elsewhere, Associated British Foods has issued a trading update for the 40 weeks to 20 June 2015, announcing group revenues are 2% up on last year on constant currency rates and level at actual exchange rates.

Currency volatility will bring down full year revenues by £25m, but its earnings expectations for this financial year remain unchanged and will reflect a “modest” decline in adjusted earnings per share. ABF said is grocery business “remains on track”. Sales at Primark in the 40 week period were 13% ahead of last year at constant currency.

Also this morning, Iglo Group owner Nomad has completed the placing of 15,445,346 new ordinary shares via UBS, Barclays and Credit Suisse. The shares were issued at US$20.75 per share, representing 9.99% of Nomad’s total equity and raising approximately US$320m (before expenses).

Drinks mixer supplier Fever-Tree was up 9% to 316p after it announced a 61% rise in first half sales and upgraded full-year guidance.