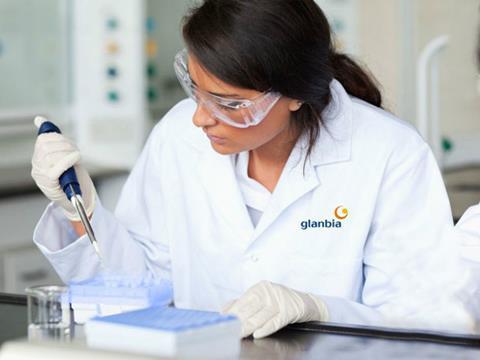 Firstly, Glanbia has acquired US-based Grass Advantage, which has a portfolio of organic and non-GMO brands in the plant based nutrition, “greens” and “super food” categories.

“The brand portfolio offers plant based organic, GMO free products to lifestyle consumers in the natural, online, food, drug and mass channels in North America,” the company stated. “The brand is complementary to the current portfolio and positions GPN well in the plant based nutrition market.”

Secondly, it has bought Netherlands-based Body & Fit, which is a direct to consumer online branded business focussed on performance nutrition.

Its customer base Germany and the BeNeLux region within Europe and the deal enables Glanbia to have a direct presence in the rapidly growing DTC channel. Glanbia added that it plans to invest in Body & Fit to expand its reach across Europe.

The deal is subject to Dutch competition clearance and is expected to close in the first half of 2017.

The combined net revenues of both companies were approximately €99m in the full-year 2016.

The deals are expected to be marginally earnings accretive in 2017 and will be funded by debt from Glanbia’s existing facilities.

Existing management teams of both companies will remain with the respective businesses, with integration largely limited to installing Glanbia supporting systems.

Siobhan Talbot, group MD at Glanbia said: “I’m delighted to announce the acquisitions of Amazing Grass and Body & Fit. Both businesses have a strong strategic fit with Glanbia Performance Nutrition extending its reach to new consumers and channels.

“Amazing Grass produces a range of natural plant based nutrition products while Body & Fit is a successful direct to consumer online brand. Both businesses have a track record of strong growth and we will continue to invest in their future development.”

Irish banana importer Fyffes has announced its proposed sale to Japan’s Sumitomo has received competition clearance from the European Commission.

It stated this morning that “the European Commission has determined that it will not oppose the acquisition of the Company by Swordus Ireland Holding Limited, a wholly-owned subsidiary of Sumitomo Corporation”.

EU clearance completes the regulatory requirements for the deal to complete.

The €751m deal only needs to be sanctioned at a court hearing on 16 February and then Fyffes shares will de-list the next day and the deal will compete on 17 February.

Newsflow looks slow at the start of the week, but Thursday is set to bring a host of international fmcg financial updates.

There is little UK-based company news in the calendar until Thursday, which brings third quarter results from TATE & Lyle (TATE) and a half year interim management statement from Dairy Crest (DCG).

Thursday is a busy day for international fmcg, with full year figures from L’Oreal (OR), Coc-Cola (KO) and Kellogg’s (K), while Pernod Ricard (RI) issues its first half figures on the same day.

There are some notable economic updates in the diary, with the BRC-KPMG Retail Sales survey for January out on Tuesday as well as the monthly grocery market share figures from Kantar and Nielsen on the same morning.

The Grocer Price Index for the month to 1 February will also be released on Friday.