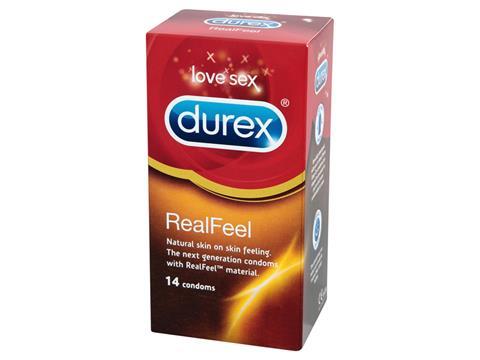 Competition authorities set out conditions for Reckitt Benckiser’s planned union of Durex condoms with K-Y lubricant in the UK on Wednesday (See The Grocer’s article here). Reckitt has been told that its planned purchase of K-Y from Johnson & Johnson can go ahead, but only if it in turn licenses the intimate lubricant brand in the UK to another group for eight years. (The Financial Times £)

However Reckitt has had problems in the Antipodes. A spokesman said: “Since announcing the acquisition on March 2014 the transaction has completed in all… markets except New Zealand, where the authorities did not approve the acquisition.” (The Daily Mail)

The FT predicted this morning’s announcement that Nomad has agreed to buy Findus’ European operations for £500m. “A deal could be announced as soon as Thursday morning, these people said, but they cautioned that the agreement was still being finalised,” wrote the FT. (The Financial Times £).

Kraft Heinz is cutting about 2,500 jobs as part of its plan to slash costs after the food companies combined earlier this year. The company said affected workers are in the US and Canada and were to be notified in person. About 700 of the cuts were coming in Northfield, Illinois, where Kraft had been headquartered. Kraft Heinz would not specify where other cuts were taking place but said that all the jobs were salaried. It said none of the job cuts involved factory workers. (The Telegraph)

Britain’s struggling dairy farmers are seeking ways to sell milk directly to customers as part of an ongoing crisis over pricing. Farmdrop, an online service that connects local farmers with customers, has seen a 700% increase in farmers registering to sell their milk directly to consumers since the start of the year. The online marketplace, which was set up in 2013 by a former Morgan Stanley stock broker. (The Telegraph)

A Guardian editorial on the controversy over milk prices says the situation in the dairy sector is too important to be left to the market. It writes: “Making sure that food is fresh, healthy and affordable is a matter of public health, a measure of national wellbeing. It is a political issue. The only thing that’s missing is a policy.” (The Guardian)

As traders sound the death knell of the commodities supercycle, grains prices, which rallied on increased demand from emerging markets and periods of bad weather, also look to be heading for a period of weakness. As growth slows in China and other emerging economies, agricultural and rural economies are facing a “reset downward” says Professor David Kohl, a US agricultural economist formerly of Virginia Tech. (The Financial Times £)

Britons are turning away from store-bought packaged bread as health-conscious consumers cut down on carbs and popular television shows such as The Great British Bake Off boost interest in home-made and artisanal varieties. Bread sales in the UK fell by 5% in 2014 and are projected to drop by a further 4% this year, according to data from Euromonitor International. (The Telegraph)