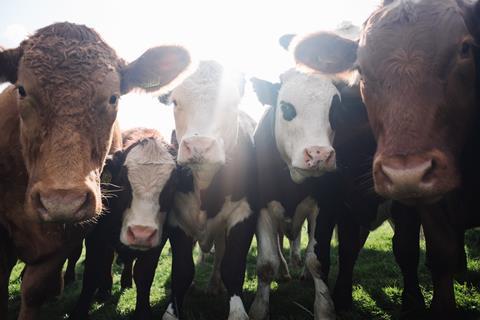 Business groups have joined MPs in urging Liz Truss, the international trade secretary, to consult them on the final trade agreement with Australia amid concerns that a lack of transparency could lead to sectors including farming being damaged (The Times £). Scottish farmers have expressed “deep concerns” over a trade deal agreed between the UK and Australia (The BBC).

A new trade deal between the UK and Australia will not harm British farmers’ livelihoods, the trade secretary has told the BBC. Liz Truss denied that imports of Australian beef would flood the UK and said British export markets would grow. (The BBC)

“It looks rather as if this deal prioritises freedom of movement between Australia and Britain over the UK’s agricultural sector,” writes Sky News’ Ed Conway. “For all the UK government’s insistence that the process will be very gradual, the signs are that the raising of quotas will actually be quite abrupt.” (Sky News)

Alex Brummer in The Daily Mail writes: “Relentless lobbying by the National Farmers Union, assisted by the BBC’s Farming Today programme, would lead [anyone] to think that such a deal was an existential threat for UK agriculture and food quality… But if the ‘Red Tractor’ label is all that it is cracked up to be then good British produce will triumph.” (The Daily Mail)

Producer prices in the United States rose last month at their fastest annual pace in more than a decade as supply chains creaked under high demand. (The Times £)

The recent oil rally could have even further to go, according to the world’s top commodity traders, who think prices could touch $100 a barrel again. (The Daily Mail)

There was a record rise in the number of workers on payrolls in May as the jobs market continued to recover. (The BBC)

From fly oil to 3D-printed biscuits: The Guardian talks to food technologists reimagining the food of the future as the world faces an urgent need to switch to a more sustainable diet. (The Guardian)