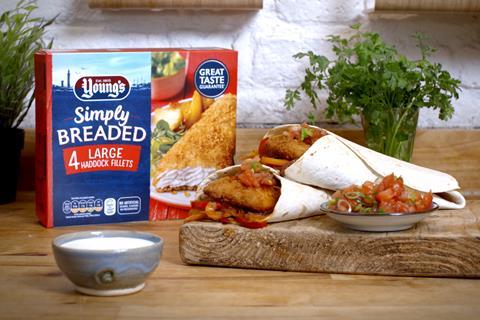 The owner of Young’s Seafood is charting a course towards the London stock market that will provide a fresh test of the appetite among City institutions for private equity-controlled assets. Eight Fifty Food Group, which owns Young’s and pork processing business Karro, is reportedly in talks with investment bankers about starting preparations for an IPO. (Sky News)

John Lewis will axe the bonus for its partners for the first time in more than 70 years as exceptional charges pushed it to a £635m loss in the first half (The Financial Times £, The Guardian, Sky News). Staff at the John Lewis Partnership have been told to brace for a “couple of years” without a bonus after the retail group scrapped the payout for the first time in 53 years (The Times £, The Telegraph, The Daily Mail, The BBC).

The FT writes that Dame Sharon must tread carefully as well as cleverly. “[She] must balance the need to instil new financial disciplines while espousing John Lewis’s purpose, which as she reiterated on Thursday is to tackle inequality, and improve sustainability and wellbeing.” (The Financial Times £)

The Telegraph looks at what could be learned about John Lewis’ fight for survival from yesterday’s half year results, noting the Partnership’s new boss is planning more tie-ups with other businesses, cheaper products and a fresh loyalty scheme. (The Telegraph)

Nils Pratley in The Guardian says the crisis ought to be fixable, and a reasonably strong balance sheet creates room to breathe. “Every set of results, though, suggests the job will take years,” he says, also wondering how Waitrose workers will feel about their loss of bonus payments given the supermarket’s stronger performance. (The Guardian)

The Co-op said it will open 50 new supermarkets in the second half of the year after ‘exceptional’ demand for food during the coronavirus pandemic lifted sales (The Daily Mail). Grocery chain the Co-op saw sales rise in the first half of the year as customers shopped closer to home and ate out less during the pandemic (The BBC). The Co-operative Group expects supermarket sales to surge in the North East in the coming weeks after new restrictions for the region were announced (The Telegraph)

The Co-operative Group will give an above-inflation pay rise to 33,000 workers after its pre-tax profit rose by a third in the first half of the year (The Financial Times £).

The Co-operative Group does not plan to repay government support, even though its profits have risen by a third after more people visited their local grocery store during lockdown (The Times £).

Britain’s biggest store chains are pinning their hopes on a bumper Christmas despite fears that strict measures to stop a second wave of coronavirus could devastate business. (The Daily Mail)

The Crown Estate has delayed payment of its record annual income to the Treasury as it seeks to preserve cash to cope with a pandemic-related shortfall in rents. (The Times £)

A feud between the German billionaire heirs to the Aldi and Trader Joe’s retail empire has escalated after the grandson of one of the two supermarket chain’s founders decided to sue his mother for allegedly embezzling funds from a family trust. (The Guardian)