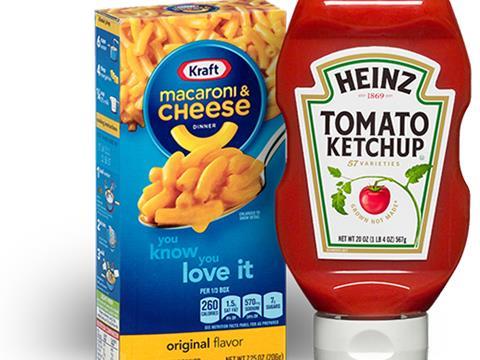 Anheuser-Busch InBev executive Miguel Patricio will replace Bernardo Hees at the beginning of July as chief executive of Kraft Heinz (The Financial Times £). He is confident he can revive Kraft Heinz’s fortunes after the Heinz tomato ketchup owner took a $15bn writedown in February to reflect a decline in the value of some of its biggest brands. The inancial Times (£) Lex column says the easiest way to manage a turnround is to come in at the bottom. It says Kraft’s finances are so bleak that deleveraging is as immediate a goal as innovation. Patricio, quoted in (The Mail), says the important thing is he brings “a very different background to the team”. The Times £ says Kraft Heinz shares closed down six cents, or 0.2% to $32.9 on the news. The Guardian says that in a report in the Wall Street Journal on Monday, Patricio said he planned to move the group’s strategy in a new direction after the company’s previous reputation for cost-cutting.

High streets enjoyed a surge on Good Friday thanks to the warmer weather with visits up 6.5% year on year and up 1.2% on Saturday. Activity rocketed by 8.4% by noon the next day, figures from Springboard show, reports (The Mail). The Guardian reports that preliminary data shows footfall was up 8.8% on Good Friday on high streets and 15.6% in the first half of Sunday.

Casino has sold a 32-store portfolio to Apollo Global Management for €470m, comprising 12 Géant Casino hypermarkets and 20 Monoprix and Casino supermarkets, mostly outside Paris. Apollo will create a special purpose vehicle to buy Casino’s property portfolio. Casino will receive an interest in the new entity. The FT says it is the latest deal in an ongoing asset disposal plan as the French retailer tries to shore up its financial position and reassure investors. (The Financial Times £)

Morrisons has been given permission to appeal to the Supreme Court in an attempt to overturn a ruling that it is responsible for compensating thousands of employees for a data breach. The (Financial Times £) says the case turns on whether the company is “vicariously liable” in a case that the legal industry is closely scrutinising because it will determine if an employer is liable for damages to staff whose personal data has been circulated because of the criminal acts of another employee.

The UK’s craft beer boom has stalled as global drinks giants muscle in on the sector and buy up several of the most successful “artisan brands”, reports The Guardian. Eight new breweries have opened in the past year. Some 390 opened in the previous 12 months. Research from UHY Hacker Young shows there were 2,274 breweries at the end of last year, up from 1,352 in 2013. City AM notes that the accountancy firm said the market had become difficult for new entrants.

Chinese coffee start-up Luckin has filed for a listing in the US just days after it raised $150m from investors, including BlackRock, valuing the business at $2.9bn (Financial Times £). Luckin plans to outdo Starbucks by number of outlets in China by the end of this year with plans to open 200-300 shops a month. Starbucks has more than 3,300 branches in China. It joins Beyond Meat, which on Monday launched an IPO in the US that could value the vegan burgers company at more than $1bn.

Kimberly-Clark reported a smaller-than-expected decline in sales and adjusted earnings for the first quarter (Financial Times £). The shares enjoyed their biggest one-day hike since the financial crisis – up 6.2% to $131.2 in mid-morning trade on Monday. Sales in the quarter to 31 March fell 2% year on year to $4.63bn. The maker of Huggies and Kleenex said the effect of changing foreign exchange rates had hurt sales, and that organic sales were up 3% year on year, driven by emerging markets (City A.M.).

Juul UK managing director Dan Thomson says the vaping brand would be more successful if EU restrictions on nicotine were loosened (Financial Times £). The newspaper says the UK could be a lucrative market for the brand, especially since Public Health England has backed vaping as a safer alternative to smoking. Juul is now sold in nine markets outside the US. Thomson wants to position it in the UK as a health product.

The Financial Times £ says the number of chain-store closures is poised to climb to more than 1,000 as more retailers turn to insolvency to avoid collapse with Arcadia Group, Debenhams, Paperchase and Monsoon among those either planning or expected to use company voluntary arrangements (CVA) with the combined loss of more than 140 outlets. The number of retailers opting for CVAs has doubled since 2016, according to PwC, says the FT in a separate comment piece (The Financial Times £)

UK bakeries counted on the Easter weekend to boost growth, reports The Financial Times (£) as suppliers come under pressure from the vegan trend and supermarket price cuts. The report looks at the financial position of Read Good Food, Finsbury and Cake Box.

Yo! Sushi plans to try to broaden its appeal by dropping conveyor belts form some of its restaurants. It will open its first restaurant without the Kaiten belt at the Westfield shopping centre in east London this summer and it will remove it from its Manchester Piccadilly station outlet. (The Times £)

Unilever had admitted it is a slow payer, taking 90 days to compensate its suppliers, even though it is signatory to the government’s Prompt Payment Code promising to pay bills within 60 days. Unilever, however, is not expected to be among the suppliers that the government is expected to name and shame for breaching the rules. (The Mail on Sunday)

A two-week strike at 240 Massachusetts, Rhode Island and Connecticut Stop & Shop stores looks like being resolved after workers and company officials reached a tentative agreement. (The Guardian)

High-street wine specialists are “drying up”, says The Guardian which offered advice on where to look for bargains and for quality – and suggest four good wine buys for Easter.

An increasing number of fast-food deliveries come from “dark kitchens” with the UK’s fast-food delivery market continuing to grow at a record rate – worth more than £4.9bn a year. (The BBC)