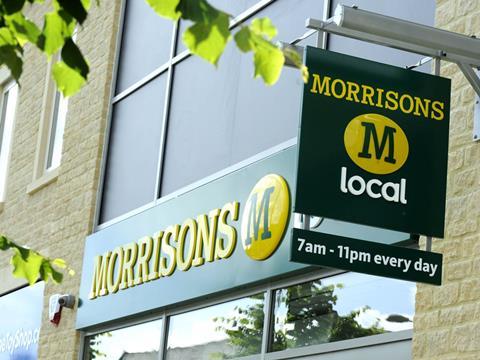 Morrisons has been accused by a leading City analyst of issuing a “stealth profit warning” by guiding analysts towards gloomy assumptions about debt, cashflow and margins, writes The Times.

The supermarket told shareholders at its annual results two weeks ago that it expected net debt for the year to February to be between £1.9 billion and £2.1 billion — slightly lower than last year’s figure of £2.3 billion. Bernstein’s Bruno Monteyne, a long time seller of Morrisons, said this implied earnings margins of between 1.2 per cent and 2.8 per cent, well below expectations for a figure of 2.9 per cent and essentially a “hidden profits warning” (The Times £).

Meanwhile, the departure of Tesco director Patrick Cescau gets plenty of coverage. The Guardian calls him the man “who led boardroom overhaul” and was involved in the removal of chief exec Philip Clarke. The Telegraph calls him “the man who found Dave Lewis for chief executive role and John Allan for chairman”.

Also well covered is Halfords hiring McDonald’s UK boss Jill McDonald to replace its Tesco-bound CEO Matt Davies. The Guardian notes she will “become one of the few women at the helm of a London-listed company”, taking the number female chief executives at FTSE 250 companies to 10.

The Telegraph looks at The Grocer’s Britain’s Biggest Grocery Brands study to find that the biggest food brands in the world are being squeezed by the supermarket price war in the UK, with Cadbury, Kellogg’s and Kingsmill under pressure. The Grocer study shows supermarkets have cut the price of Cadbury products such as Dairy Milk chocolate by 7.9%, while Hovis has fallen by 7.6% and Kellogg’s Crunchy Nut by 6.4% (The Telegraph).

The Mail looks at the opening of Diageo’s innovation centre, noting that the maker of Smirnoff Vodka and Guinness will launch a raft of new products backed by a £10m marketing budget (The Daily Mail).

French Connection is among a group of high street retailers being named and shamed today by the government for failing to pay the minimum wage. The fashion chain is being rapped over the knuckles after an investigation by HM Revenue & Customs found that it had underpaid 367 of its workers a total of £16,500. French Connection is on a list of 48 employers being identified by Jo Swinson, the business minister, for failing to pay their workers the national minimum wage, which ranges from £2.73 an hour for apprentices to £6.50 for over-21s (The Times £).

The Daily Mail’s Alex Brummer looks at the insolvency of delivery firm City Link and notes “there are important broader lessons to be drawn from City Link debacle”. “What we now know from the findings of the thorough-going inquiry by the Scottish Affairs and Business Committees of the Commons is that [City Link owner] Moulton’s Better Capital showed private equity at its worst” (The Daily Mail).

Fever-Tree’s first annual results as a listed company gets plenty of mentions, with The Evening Standard dubbing the premium mixer firm “the toast of the City” after unveiling “sparkling maiden results”.