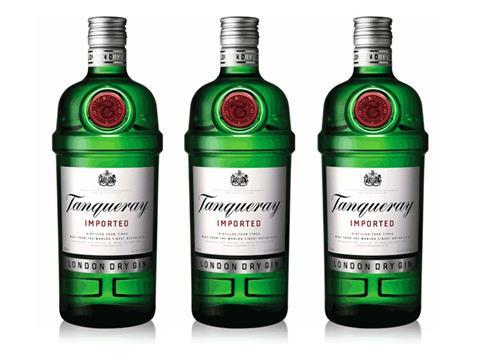 Diageo was in focus yesterday as the drinks giant published its half-year figures. Roaring trade in gin and tequila helped Diageo toast a rise in revenues and profits in the first half of its financial year, The Telegraph writes. Revenues at the FTSE 100 alcohol giant, whose brands include Johnny Walker and Smirnoff, grew to £6.5bn in the six months to December, lifted by a surge in tequila sales and growth in gin. That helped it deliver a 6% rise in operating profits to £2.2bn. The Financial Times notes that Diageo was in good cheer after reporting stronger than expected first-half results, helped by a sales surge in China of its baijiu white spirits and a cost-cutting drive. However, the London-based group, which makes 45% of its profits in the US, said the strengthening of the pound against the dollar would hit full-year sales and operating profits. The Times says Diageo is in high spirits after China recovers from austerity hangover. The world’s biggest drinks group has revealed that sales in China have recovered from a slump caused by the government’s anti-corruption drive.

The Financial Times takes a look at the ice cream phenomenon Halo Top in an interview with founder Justin Woolverton. Asked whether Unilever has tried to acquire the low-sugar, high-protein brand that has enjoyed explosive growth in the US, he sighs: “I think we’ve been approached by every major player and every private equity firm in the [United] States, to be honest with you.” Unilever considered paying $2bn for the five-year-old company, according a New York Post report this month.

Royal Society for Public Health is calling for graphic cigarette-style health warnings on bottles and cans of alcohol in the UK that would make clear the strength of each drink and the risks of exceeding the recommended limit, including for pregnant women and drivers, The Guardian reports.

Michael Gove, the UK environment secretary, vowed to push British supermarkets on their use of excessive plastic packaging – part of a broader crackdown by Theresa May’s government on avoidable plastic waste (The Financial Times).

Walmart has announced a deal with Rakuten to expand its online grocery delivery service in Japan as the world’s largest retailer invests in ecommerce to compete with an increasingly dominant Amazon (The Financial Times).

Jamie Oliver’s Italian restaurant chain is among the companies caught up in a meat recall that led Wetherspoon pubs to pull steak from the menu on its weekly steak night, The Guardian reports. Food safety bosses waited 12 days to tell Wetherspoons about steak supplier’s hygiene problems as pub chains and Jamie Oliver restaurants are pulled into meat scandal, The Mail screams in its headline.

Greene King reported a fall in sales over the nine months to 14 January this year, blaming snow in December for a slump at the end of 2017 (The Mail).

The company behind the Frankie & Benny’s and Chiquito restaurant brands reported a fall in underlying sales last year but insisted that its turnaround was still on track (The Times). Andy McCue, chief executive at The Restaurant Group, said he planned to open 10 pubs per year, up from three in 2017, as the company weathers an increasingly tough consumer environment that resulted in 1.8% fall in total sales last year, The Telegraph adds.