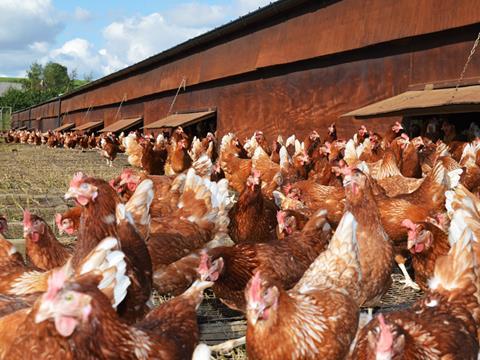 Food import prices are set to rocket under a no-deal Brexit as punitive EU trade tariffs are slapped on food shipped in from abroad. A report by Barclays found suppliers and retailers are facing a £9.3bn bill if the Government fails to strike a deal with Brussels before the end of March. (The Telegraph)

The National Farmers Union has warned of “catastrophic” consequences for the industry if there is no Brexit deal, after being warned by the EU that the UK faces a six-month wait to be certified as an approved third-country supplier. (The Guardian)

UK farmers could be allowed to use powerful antibiotics in ways soon to be banned by the European Union, after the government was accused of using Brexit to avoid implementing tougher rules on animal health. (The Guardian)

The government has appointed a minister to oversee the protection of food supplies through the Brexit process amid rising concerns about the effect of a no-deal departure from the European Union. The MP David Rutley, a former Asda and PepsiCo executive, was handed the brief at the Department for Environment, Food and Rural Affairs earlier this month. (The Guardian)

Investors have 30 days left to vote on a controversial plan from Unilever that would mean the consumer goods giant leaves the FTSE 100 index. Battle lines are being drawn in the knife-edge poll – due on October 26 – on its proposals to axe its legal headquarters in London and base itself solely in the Netherlands. (The Daily Mail)

The Mail’s Alex Brummer praises Unilever boss Paul Polman’s commitment to trying to conduct business the right way, commenting: “Unilever clearly regards the 35,000 private investors as well as institutions as important to target in favour of the changes as reflected in full-page advertisements in the national press. We can be grateful that Unilever has revived a great old corporate tradition of publicly appealing to investors.” (The Daily Mail)

Meanwhile, The Mail asks: “Is Unilever’s finance chief Graeme Pitkethly limbering up to take the top job next year?” (The Daily Mail)

Amazon will open a new style of bricks-and-mortar shop today that sells top-rated products from its online shopping sites. The shop, the first of its kind for Amazon, will sell consumer electronics, kitchenware, toys, books and products that have an average customer rating of at least four stars out of five, are top sellers or are new and popular. (The Times £)

Salad Cream will not be changing its name after Heinz faced a huge backlash to proposals to rebrand the condiment. The food giant announced in June it would rebrand Salad Cream to Sandwich Cream, to better reflect the primary use of the sauce. (Sky News)

Shares in Papa John’s International rose by as much as 11 per cent following media reports the pizza chain operator was putting itself on the block and had reached out to potential buyers. (The Financial Times £)

The country’s oldest brewer has plans to target burgeoning numbers of “beer curious” Britons who are jumping on the craft beer bandwagon. (The Telegraph)

Luckin Coffee, a Chinese chain that has become the country’s first coffee shop valued at $1bn, says it is not worried about profits as it moves to challenge US rival Starbucks’ dominant position in the country’s fast-growing market. (The Financial Times £)

Russian supermarket chain Magnit has said it plans to nearly double its number of stores by 2023 as part of efforts to revamp the business. But investors reacted negatively to the news, with Magnit’s stock closing the day down 4.7 per cent in Moscow. (The Financial Times £)